It is true that almost the entire global population has played or, at least, heard of the Warcraft franchise. You are possibly living under a giant rock if you have not heard of the ‘Massively Multiplayer Online Role-Playing Game’ or in short, ‘MMORPG’ called the World of Warcraft. It is a high-fantasy game; that is, it is placed in a fictional or secondary world. We can say, an alternate universe, called Warcraft. It is totally unlike low-fantasy games that are set on earth. And not in some multidimensional parallel universe. Blizzard Entertainment launched this popular game in the year 2004 on the 23rd of November. And ever since, it has only gotten lucrative praises.

The setting of the game

The setting of the game is such that an entirely new domain of fandom studies has cropped up since release. The plotline of the World of Warcraft unfurls and ultimately develops in a hypothetical world called ‘Azeroth’. This fictional world is believed to be made up of three continents. Also, the entire populace consists of elves/trolls/dwarves. It transmits or creates a similar atmosphere like the world witnessed in some magical fantasies like Harry Potter series. You can use WoW Classic Gold to progress quickly through the levels and get good upgrades as well.

Interesting facts about World of Warcraft

Playing the game is fun, but knowing the behind-the-scenes facts or aftershock effect-/trivia of this distinguished game is more than fun. So, we bring you a list of 10 interesting facts about the World of Warcraft.

WoW’s Wikipedia has around 1,00,000 pages. Unbelievable, right? You might end up spending your entire graduation year just going through all the information on facts, guides or tutorials. But still, stay intrigued because the number of pages never seem to end.

The instability of the game is an exhibition in itself

Right from reaching the epitome of popularity to oscillating down to exponential fall in the growth of the game’s business. The undulation has been an epic spectacle to watch. Soon after its release, it gained around 1-1.5 million players living in a world of illusions – Azeroth. However, after garnering the eyes of around 10 million subscribers worldwide, its popularity began to decline. It is because Blizzard Entertainment bid goodbye to its partnership with Shanghai in the year 2009.

WoW’s programme has a ginormous number of coding lines

A united front was shown by a team of 51 dedicated and supremely smart coders and programmers. They wrote the entire functioning of the game in five long years. They ended up writing 5.5 million lines to be precise. How many pages does that make? It makes at least 90,000 pages of coding language. Even epics like War and Peace or Anna Karenina fall short in length in front of the World of Warcraft.

Your choice of character in the game reflects your personality

In WoW, if you end up playing the role of Tanks. Then it immediately signals that you consider yourself as someone who bears the capacity to handle any stressful situation. On the other hand, if you play the role of Ranged DPS, then you are prone to suffering from anxiety. Again, you might be an introvert if you spend most of your time huddled in this virtual reality.

Even if you can find normal non-celebrity people not hyperventilating about this game, you will surely not find the same among famous people. We can say that because from Mila Kunis to Vin Diesel, big stars have gushed about this addictive game during their appearances in talk shows.

In case you want to ace your interview by hitting at the target right on point with the nails of some amazing personality traits, then you might be happy to know that your gaming/raiding skills from all those time when you played the World of Warcraft will be beneficial. We can say that because research has proved that gamers with brilliant raiding skills are more open, tech-savvy and agreeable.

See also  UNBELIEVABLE' SEASON 2: WILL THE ACCLAIMED NETFLIX MINISERIES GET A SEQUEL?

If you know of any senior citizen whose life has become mundane and is in desperate need of boosting their cognitive ability, then the World of Warcraft will surely do the job. This has been established as a piece of information by being published in Computers in Human Behaviour through a study done in the year 2012.

Everything has a spin-off

Chinese coders and gamers did not spare this game which has reached the peak of new skyscrapers of popularity ever since its release. So, a fun fact is that there is a Chinese spin-off of this game which is called ‘World of Fight’.

You can die if you play this game

We will give you two reasons why there are bad facets of this game too. Those reasons are:

While there are a lot of advantages and much to gain from playing this game, World of Warcraft, it is also true that there are a few cons like literally dying because it doesn’t give a warning or disclaimer about addiction. So, all we suggest is that do not forget your reality while you immerse yourself in WoW. Other than that, cherish every raiding session. 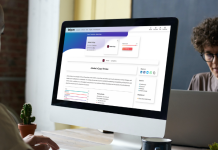