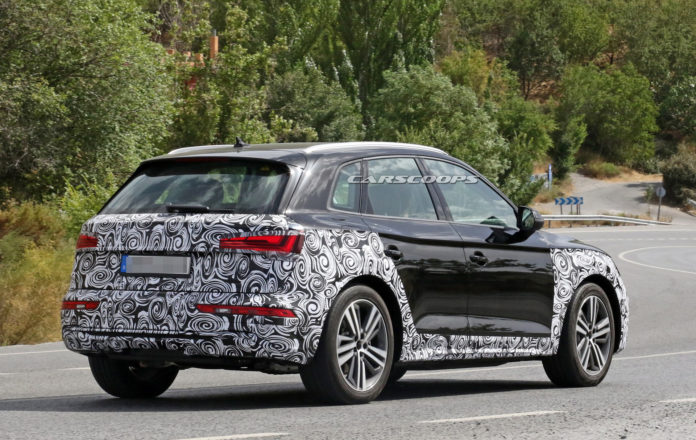 The Q5 Facelift has come up with a honeycomb-like mesh grille and alloy wheels that have been restyled. We can also expect the dashboards that have come up on the latest Audis. The engines may be BS6- compliant running on 2.0-liter petrol and diesel.

The expected launch is to happen around 2021. The Audi Q5 Facelift has a classic, simple, straightforward but attractive design. People have always said that the simpler the better. BMW X3 and the Mercedes-Benz GLC are giving tough competition to the new Q5 uplift and Audi has to up its game to manage to stay in the competition in the market as well to be loyal to the users of the Audi.

Reports suggest that the Audi Q5 has been spotted testing itself for the first time. One thing is that it is quite difficult to differentiate the current model from the Audi Q5 Uplift.

The changes between the two models are quite subtle and hard to notice t first glance. For the honeycomb finish, we have the chrome vertical slat grille.

The back of the car has been restyled a bit on the bumper and the led lights. Other than that the model looks very similar to the current model from sideways.

The insides are still a mystery but we can expect that juts like other Audi models, we can have twin touchscreen Virtual Cockpit central console on its inside.

The engines are the same as the current model and the car would cost somewhere around $77 thousand to $ 83 thousand.