Throughout the year 2019, 50 cent a.k.a. Fifty has been going around tormenting people about the money they owed to him. Randall Emmett was one of his victims who owed him some money and Lala Kent is his fiancé.

Lala Kent, the Vanderpump Rules fame, in order to support her to be husband, somehow got entangled in the Instagram mess by 50 cents who tormented her on social media.

Now, Randall Emmett has paid his debt. On the show Watch What Happens With Andy Cohen, the host asked Lala Kent about the incident and how were things with 50 cents. She stated that But, the whole thing, I think I have really dinged Fofty’s ego. 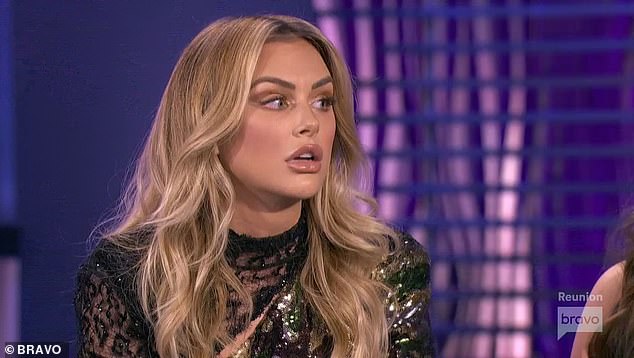 In fact, I know that because I have a receipt to prove that, which I would never post because I ain’t that girl, she also added that, I ain’t beefin’ unless I’m getting paid on ‘Vanderpump’, yo.

The next question followed up by Andy Cohen was, Is there a part of you that takes a small bit of pride to know that you got under his skin?

She answered that Yes! I’m from Utah! She was too excited about the whole thing and she takes on the whole incident. She also continued that, To think, it’s like Tupac and Biggie, Lala and 50, like, what up though.

She earlier spoke about her fiancé, Randall. She said that I feel really bad for Rand sometimes because he signed up to be a movie producer and he just happened to fall for someone who’s very out there and outspoken.”

See also  How to Keep Your Savings Account Full During Retirement

She added that she was just supporting her better half. She stated that That’s my man; I will rock with Ran to till the death of me.

The rapper, 50 cents commented that he has no issues with Randall now that his money has been paid off. He wished him luck for life.