An 89-year-old woman was knocked down, beaten and robbed of $5,000 inside her Manhattan apartment on Saturday. She reported to the police that she had been saving the money that was stolen to buy a headstone for her late husband’s grave.

The victim, Maximina Osorio, was returning home from a shopping trip on Saturday afternoon when she was assaulted. When she got back, a male suspect – who had been waiting for her to return home – grabbed her from the back and forced his way inside, according to the police.

Osorio told WCBS-TV, “When I pushed the door, tried to open the door, I feel like somebody put the hand over me.”

She further added, “He kept pushing me from here to over there. And I told him, ‘Don’t bother me. I’ve got asthma. My lungs are very bad.’”

Osorio further told the police that she had tried screaming for help, but the robber punched her and shoved her to the ground. He purportedly demanded to know where she kept her money and fled with the $5,000.

Osorio later told the police that the money had been set aside by her to purchase a headstone for her husband of 50 years who had died two years earlier. This information was accumulated from reports by the New York Daily News.

Osorio was treated for neck and back pain at Mount Sinai Beth Israel Hospital before being released, sources from the police informed the reporters.

Police on Thursday released the surveillance footage of the suspect. He is reportedly 5 feet, 8 inches tall, and weighs about 160 pounds, and was spotted wearing a blue Philadelphia Flyers baseball cap at the time of the robbery. Anyone with knowledge of the case is asked to call the NYPD Crime Stoppers at (800) 577-TIPS. 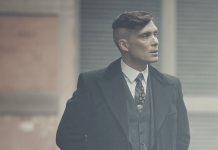 Great Lakes Loans, everything you need to know!

somna kapoor - April 4, 2020 7:41 am EDT 0
The education system has boosted with windows of opportunities all over the world. Without a doubt, all the governments are highly focusing on improving... 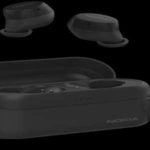 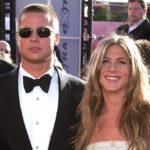 Prince Garg - December 28, 2019 11:00 am EST 0
The "young" star posted four new photos from her ceremony and reception on Instagram; this Thursday, and included a sentimental comment on the caption...

Google has eliminated two malicious Android apps from the Play Store which were seemingly downloaded over 1.5 million times. After...