A recent study has shown the adverse effects of regular drinking and has proved more drinking for a day or two is far better than a glass every day.

In their experiment, they organized a national health check-up in 2009, where they asked the volunteers their drinking habits and followed them till 2017 to check them for atrial fibrillation.

See also: Death risk in high BP patients may be reduced by this Flu vaccine

Everyday drinkers had a 40% higher risk than occasional heavy drinkers. That’s why it’s better to do binge drinking at times than having a glass of wine each day. Drinking leads to an increased heartbeat. Regular abnormal heart rate causes atrial fibrillation.

Atrial Fibrillation is a condition when the heart rate goes way above 100 for a considerable amount of time. It can cause tiredness, breathing trouble and dizziness. Artificial Fibrillation is many a time associated with being a cause of sleep disturbance.

Published in EP Europace Journal, the study shows that drinking too much can not only cause atrial fibrillation but also cardiomyopathy which means damage to the heart muscles as well.

Giving up on drinking at all might not be possible but controlled and responsible drinking is. Choose your health and heart by limiting your drinks at 14 units and giving yourself off drinking days in a week.

It might take some time to get into a new habit but if something can keep you healthy then trying is essential.

A cardiologist at the British Heart Foundation has found limitations in the study. According to Dr. Sonya BabuNarayan, the report is only based on the drinking habits of the volunteers, it is not proven how drinking habits are affecting the rate of Atrial Fibrillation. 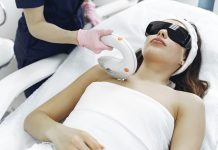 Tom Holland Confirms: The Uncharted Movie Is Set To Start Filming In 4 Weeks,... 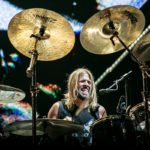 vikas shrivastava - October 3, 2019 1:30 am EDT 0
It looks like Foo Fighters will start recording their new album, as per reports post their recent Rock in Rio performance.In an interview, the...