Two of the world’s biggest superstars have recorded a song together if OneRepublic’s Ryan Tedder is to be believed. In a new interview, Tedder has announced that Adele and Beyoncé are both guests on an upcoming OneRepublic song, and they are joined by another very famous musician, Coldplay’s Chris Martin.

The song is featured on the forthcoming OneRepublic album, Human, which is expected to be released in November.

Tedder revealed in the interview that, “We have one song featuring Beyoncé and Adele, with a Chris Martin piano solo in the bridge.”

Tedder has worked with both artists as a songwriter in the past.

Coldplay vocalist Chris Martin presents a piano solo to the song. Tedder gave no further details, although some social media users have suggested that he was kidding.

Adele has not released a single since 2016’s ‘Water Under the Bridge’, from her acclaimed third LP 25. The English singer has made very limited public appearances since then, fuelling speculation among fans that she is working on new music.

Beyoncé’s newest album was the soundtrack to this year’s Lion King remake. She had produced and curated the album.

“The bottom line is, we do have an album’s worth of material, and that’s the good news,” Tedder said. “So we’ve been dropping song after song. [Recent single] ‘Rescue Me’ was kind of the first… getting the wheels turning again, and we have a lot more songs to come. We have one song featuring both Beyoncé and Adele, with a Chris Martin piano solo in the mix.”

Tedder previously co-wrote Beyoncé’s singles ‘Halo’, ‘XO’ and ‘I Was Here’, and collaborated with Adele on the songs ‘Remedy’, ‘Rumour Has It’ and ‘Turning Tables’.

vikas shrivastava - August 20, 2019 5:54 pm EDT
0
It seems like it’s not only us who are on the edge of their seats for Money Heists next season but horror legend Stephen...

mohit sharma - December 17, 2019 1:00 am EST
0
WWE has announced a new year episode of its podcast. After Bell, host Corey Graves will question fans. One would wonder if fans would...

Prince Garg - January 11, 2020 4:00 am EST
0
Carmelo and La Anthony are still attached in spite of an ongoing photograph of the "Force" entertainer eating in Manhattan with "Aquaman" star Yahya...

vikas shrivastava - September 24, 2019 11:00 pm EDT
0
A violent passenger compelled an American Airlines flight from Arizona to Minnesota to opt for an emergency landing on Friday after the said person,...

50 Cents Proclaims that Chris Brown Is Better Than Michael Jackson

kratika parwani - September 4, 2019 10:45 pm EDT
0
You think of Pop-rock music and the first name that comes to your mind is Michael Jackson. But, he is long gone. The tables... 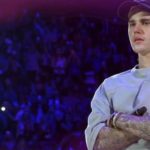 Prince Garg - January 11, 2020 5:00 pm EST
0
The 25-year-old vocalist uncovered on Instagram on Wednesday that he has been experiencing the irresistible infection - which is spread by ticks - and...

How to use Filters on snapchat while video chatting

mohit sharma - October 3, 2019 5:30 pm EDT
0
In this golden age of technological advancement, communication has become simpler and more exciting. But have you thought of enhancing your looks while having...

vikas shrivastava - August 23, 2019 4:50 pm EDT
0
Valentino Sampaio is a 22 years Brazilian model and actress. She was born in Brazil. She was born and bought in a small village...

vikas shrivastava - September 3, 2019 10:30 pm EDT
0
Samsung has sent one of its Tablet, SM-T545 to the Wi-Fi relationship for certification. In any case, this document does not certify much about...

Microsoft HoloLens 2 headsets to go on sale in September