Every game lover has this uncontrollable fetish for Playstations. PlayStations seem to be an intrinsic thing in your collection if you claim to be a game lover. The passion that it infests in the player is notable.

To make the PlayStation even more popular and in demand and noting the gamer’s excitement PlayStation is all set to launch the “Only on PlayStation Collection”. This is a set of series, which has exclusive covers for some of its favourite games.

The gamers are supremely excited about this and are eagerly looking forward to it. It is being released to celebrate PlayStation 4’s exclusives.

These special edition of covers are cover variants for each game that will be available, each priced differently.

Spider-Man, Bloodborne, Shadow of the Colossus, Uncharted 4 and God of War have made their way to be among the topmost games of PlayStation. The Last of Us Remastered and Horizon Zero Dawn have been in the best category for quite some time now, and none can refute to their ranking. They are the best.

Some, not very convincing games have also managed to claw their places in the list, like The Last Guardian, Ratchet and Clank and Wipeout.

Albeit, the list of best games is debatable, there is a vast array of titles available. The PlayStation and Xbox are making endeavours to expand their war chest with their enviable collection. This is a good step for them before the launch of the next set of gaming consoles.

The spread will be at the earliest

For now, they are being released only in the UK. although Sony is looking into it and will be making endeavours to reach out to other countries as well, they just have to wait patiently.

Chained Echoes Release Date for Limited Edition is out: A 16Bit Fantasy RPG is the future of Gaming 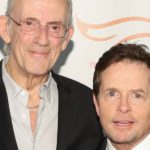 ‘All In’: See Michael J. Fox, Christopher Lloyd’s Sweet ‘Back To The Future’ Reunion...

anshi gupta - March 7, 2020 7:30 pm EST 0
From the past, Fans have received a blast considering future alarms Michael J. Fox and Christopher Lloyd. The best part about the photograph was it...

Rami Malek Took Dr. Not’s Help For His ‘No Time To Die’ Role

vikas shrivastava - October 13, 2019 12:30 pm EDT 0
With his latest solo “Highest In The Room” receiving a tremendous amount of clout, Travis Scott is now adding more fuel to his song’s...