Users from over 60 countries will now be able to watch movies, TV shows and channels purchased from Apple on their Fire TV platform.

This also means that customers will be able to watch content through Apple TV+ which is set for worldwide release on November 1. Apple TV+ subscription will also arrive in India on November 1 for a monthly payment of Rs 99 after a seven-day free trial period.

There’s no word that whether on those devices will receive the app in time for the Apple TV+ launch.

Just like the integration of the Netflix catalog on the platform, users will be able to use Alexa Voice Remote to ask Alexa to watch content on the compatible Fire TV device.

Starting November 1, customers can use commands like “Alexa, watch Dickinson”, “Alexa, find dramas” to get Apple TV+ content on the search and home screen.

Chilling adventure of sabrina season 3 date of release, cast, trailor, is any plan...

Prince Garg - January 15, 2020 10:00 am EST 0
Do you have all the wonderful adventures of the second season of Sabrina? Do not worry you are far from Sabrina Spellman. Season 3... 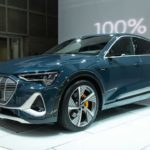 vikas shrivastava - November 22, 2019 2:00 pm EST 0
Audi revealed Tues evening in LA the e-Tron Sportback because the German automaker begins to chips away at its attempt to launch over thirty...

last week, Flipkart announced that it entered into a partnership with Nokia to launch Nokia-branded Smart TVs in India. Apart...