Apple on Wednesday unveiled the much-awaited 16-inch MacBook Pro. But with the introduction of the new model, the Cupertino giant has discontinued the current 15-inch MacBook Pro model.

Last refresh back in May this year, the 15-inch MacBook Pro by Apple was one of the company’s most popular laptops to date.

However, the company has finally decided to say goodbye to the 15-inch model and fill its absence with the newly launched 16-inch MacBook Pro.

Apple is trying to overcome its previous MacBook Pro model issues with the latest entry. Primarily, the butterfly keyboard mechanism that the company introduced back in April 2015 affects user performance on recent MacBook Pro versions. The company improved the mechanism in recent models, however.

Through the 16-inch MacBook Pro, Apple has brought back the scissor-switch keyboard that it calls the “Magic Keyboard”.

In June, Apple announced the voluntary recall of an older generation 15-inch MacBook Pro unit due to a battery fault that could cause overheating.

US site listings reflect the same story. Earlier this year the company also dropped the 12-inch MacBook, which was known for its ultra-compact design.

READ  The Kissing Booth 2: Here’s Everything We Know So Far 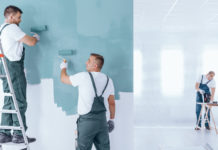