Like Ted Mosby and Robin, Ross and Rachel, and Lorelai and Luke, there are only a handful of iconic TV couples that have truly stood the test of time. And no matter how many decades have passed since the series finale, die-hard fans continue to ship those couples.
Thus when the most beloved TV duo Seth Cohen and Summer Roberts (aka Adam Brody and Rachel Bilson), had run into each other quite unexpectedly — in N.Y.C.’s JFK airport of all places — the internet fandom lost its mind.
“Ran into my old buddy from JFK to LAX #Californiahere we come,” said Bilson on Instagram, posting a playful selfie with Brody, her former ‘O.C.’ co-star, and real-life ex-boyfriend.
When Bilson was asked about a full-fledged O.C. reunion, she was very enthusiastic about the possibility. I could be absolutely been open to it said Bilson, who was in town to promote her new partnership with La Marca Prosecco. “O.C. gave me everything. I love it and I’m still very close to Josh Schwartz and Stephanie Savage, so I’d follow them wherever they go. If they backed it, I’d 100 percent be up for it.” 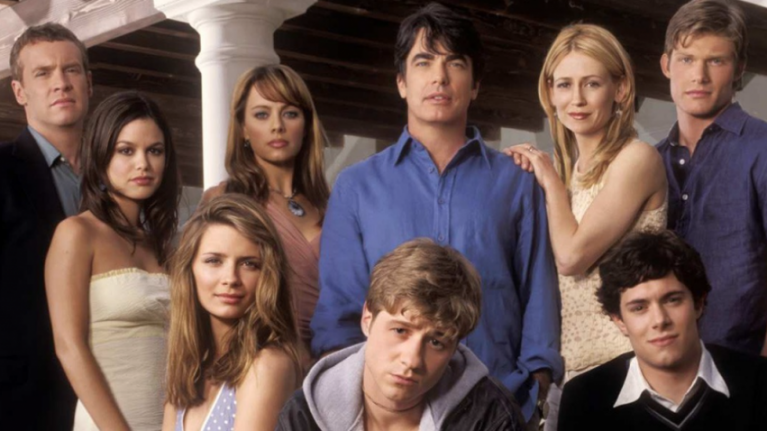 She also revealed the truth when asked whether she was close to the cast of the former hit series. It could be great to see any of my castmates or, you know, run into any of them, but unfortunately we’re not really in contact,” she said.
Though she sparked up the hopes of the fan, they were eventually for a heart-break when the show’s creator, Josh Schwartz, dampened their hopes by revealing there was no plan for a reboot.
We were asked about doing a return to The O.C. to see those kids grown up. For all of us, that was a very singular story. We felt like that we have completed the tale by the end of it.
Sorry guys, there is no reboot of the ‘O.C.’ in the foreseeable future.