Recently, the brand, Forever 21 has landed in major legal trouble. It has been sued by the 7 Rings star singer, Ariana Grande with a whopping $10 million for plagiarism of her looks and name for their advertisement promotion.

According to the reports that have been filed, Ariana Grande had been offered to partner with the company to be their ambassador for their campaign, which she denied, way back in November 2018. Yet the company went ahead hiring a lookalike of Grande and went ahead with the campaign that they were planning. Also, some of the lines used for the post were copied from some of her songs.

Not only had the company used a lookalike of the model, but the hired model also wore her hair in a high pony on the classic style of Ariana Grande adorned with sparkly tassels and puffballs.

Another picture has the hired model, in the classic double bun and high heels, the look she had recently used in her 7 rings music video. A total of approximately 30 images has been out up by the company which has an uncanny resemblance to the singer.

Clearly it has been a breach of privacy by the company’s end and the singer thereby has sued the company with a hefty amount. Despite all the ongoing lawful suits, Forever 21 has denied all such allegations. Although a source from the company has said that they had collaborated with the singer in the past and will surely want to do that again and were looking forward to it.

Companies, bring in a famous face, with whom the people are relating and are familiar with. This helps in promoting their brand as well as their products.

kratika parwani - November 12, 2019 11:00 am EST 0
Lena River Dunham revealed to the globe in an Instagram post that she is having Ehlers-Danlos syndrome, a chronic illness that affects the joints... 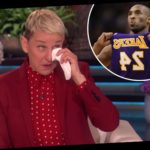 An emotional monologue about Kobe Bryant during in tears broken down is with Ellen...

kratika parwani - January 30, 2020 3:00 pm EST 0
The untimely death of the Kobe Bean Bryant an American basketball player along with his 13-year-old daughter Gianna has been a rude shock to...

Kate Plus 8′ Reality star Kate Gosselin loses court spat over her longing for...

Fingerprints are one of the things that is totally unique for each individual. Let's say, 1 billion people, there have...