The Sojourn was amongst the few enigmatic reveals of the E3 and Game cons. The game is created by Shifting Tides and published by the team at Iceberg Interactive. Now it is out on PC and consoles.

If you are inclined towards PC, you can purchase The Soujorn via the Epic Games Store for $25 (€22). As expected, it is yet another classic Epic Store exclusive that you can’t buy from anywhere else for a long time. However, if the console people don’t have to worry, they can get it practically from anywhere.

The Sojourn is an atmosphere based puzzler that consists of close to 10 hours of gameplay. However, don’t brush it off going by what the developers say. It looks like the game has a few challenging puzzles which will be difficult to crack.

The puzzles initially aren’t very difficult. As you move up the table, the puzzles indeed become more difficult as more elements come into play. So that makes it fun as you progress.

The Sojourn’s gameplay is based on the first-person and also has a lot of impressive visuals. In The Sojourn, you land in a mysterious town, where enchanting lights guide you ahead. However, the world turns out to be full of dichotomous challenges.

The Sojourn is one of those feel-good experiences that you always want to come back to when you want to do something easier on the reflexes but involves a lot of brainwork.

Those of you who are into philosophy and puzzlers should definitely try out The Sojourn, a tale of light, darkness, and the nature of reality. Lots of challenging puzzles, enchanting visuals, and a well-crafted narrative are the main strong points of the game.

Can you break down the detailed obstacles thrown at you by The Sojourn and unravel the mysteries of the island? 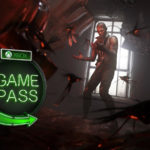 Prince Garg - October 8, 2019 8:30 pm EDT
0
Some days ago, Microsoft disclosed a number of [email protected] games arriving at Xbox Game Pass in the near destiny. While Demon's Tilt and Genesis Noir...

Silent strokes common than overt ones in older patients

vikas shrivastava - September 11, 2019 2:00 am EDT
0
A recent study by a group of researchers has explored silent covert strokes that are more frequent than overt strokes in people aged around...

The Witcher and the 25 best Netflix motion pictures and shows to watch this...

Ruchika Jain - December 23, 2019 11:00 am EST
0
Netflix has the perfect mix of the latest performances and for our viewing pleasure this holiday season and all winter long, along with The...

Lady Gaga flaunts a tummy! Try not to cover and you see this

Prince Garg - December 31, 2019 10:00 pm EST
0
Lady Gaga is one of the most personable figures on the international stage. And yours is strong. The artist is one of those people who...

vikas shrivastava - September 7, 2019 2:30 pm EDT
0
Venture Resistance screens release: new Resident Evil is a four-player community game. For all the game-monstrosities, there is some uplifting news for you. Screens have...

vikas shrivastava - September 24, 2019 12:00 am EDT
0
Unfortunately, there is bad news for the people who were desperately waiting for the ArcheAge Unchained to go live. There will be a destined...

Brad Pitt opens up about fathers, sons and confronting Harvey Weinstein- All information inside

Prince Garg - February 12, 2020 12:00 am EST
0
Tame Impala has been becoming a music industry anomaly like a rock act that can sell out arenas and rake in 1.6 billion total on-demand...

mohit sharma - January 21, 2020 5:00 pm EST
0
Welcoming on Netflix that is going to arrive in this weekly session. Here is a list of all the kinds of new labels that...