22-year-old Canseco shared the picture on Instagram, writing “Thank You” in the caption alongside a heart emoji.

Jenner, 36, also posted a photo of the two on horseback, with the caption, “I’d rather be lost in the woods than found in the city.”

Jenner posted videos from the trip on his Instagram Story, including a video of Canseco at a shooting range with a heart-eyes emoji.

Based on the new Instagram posts, the couple is dating now. Canseco had joined Jenner for his birthday party in New Jersey. They were observed at another party together with Jenner’s mother, Linda Thompson, and Canseco’s mother, Jessica Canseco.

In early August, Jenner and Carter split. The couple got engaged in 2016. However, the couple never legally married in America. Carter reportedly desired to start a family and get legally married, but Jenner did not and so they broke up.

Shortly thereafter, Jenner discovered himself in the middle of Miley Cyrus and Liam Hemsworth’s divorce. Cyrus was holidaying with Carter at the time her split was announced, and the two have been inseparable ever since. Carter and Cyrus had even given Jenner a joint birthday present, a weed bouquet.

“There is too much negativity being leveled at someone who I love and care about very much,” Jenner wrote on Instagram after Cyrus and Hemsworth had split. “I feel the want to set the record straight. Kaitlynn and I have been best friends for 6 years, and we will continue to be so. We, like many others before us and many after us, advanced in different directions over those same 6 years.” 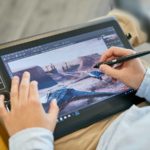 kratika parwani - October 9, 2019 12:30 pm EDT
0
The ending of the Star Wars resistance ending the way it did gives an impression that it is part of something bigger— like Disney...

vikas shrivastava - September 26, 2019 1:00 pm EDT
0
ZTE’s very own sub-brand Nubia is all set to inaugurate its Z20 smartphone throughout the world. The gadget, which was introduced last month and...

mohit sharma - October 15, 2019 3:30 pm EDT
0
Timothée Chalamet, Robert Pattinson and Ben Mendelsohn lead the way for an all-star cast in the latest Netflix film, The King. Narrating the tale of...

vikas shrivastava - October 26, 2019 11:00 am EDT
0
Mayans M.C is coming closer to the reality behind EZ's mother's death, and the culprit has been beneath all their noses right along. The...

vikas shrivastava - September 30, 2019 10:00 pm EDT
0
The next PlayStation (most likely called PlayStation 5) will come with an AI assistant on the system, similar to Apple’s Siri and Microsoft’s Cortana. This... 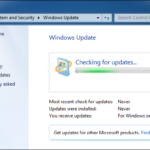 How to fix a stuck Windows update?

mohit sharma - October 5, 2019 3:30 pm EDT
0
Most of the time, Windows Update does its job with little if any attention from us. While we might check and install updates manually...
© Copyright 2019 - Daily Bayonet