Brody Jenner and his ex-wife Kaitlynn Carter recently announced their split after being married for a year and being together for six years and many of their fans couldn’t believe that their love story was over. The former couple who appeared together on The Hills: New Beginnings were never legally married as they didn’t obtain a marriage license in the United States, according to some sources.

Just a week after their split Kaitlynn Carter was spotted kissing Miley Cyrus on a vacation in Italy. The Malibu singer announced her split with her ex-husband Liam Hemsworth soon after. They too, like Jenner and Carter got married last year in December.

However, it doesn’t look like Brody Jenner is in a bad place in his life. The 35-year-old reality T.V. star was spotted kissing a new girl recently. It turns out that girl is in fact Victoria’s Secret model Josie Canseco, 22,  who is the daughter of MLB star Jose Canseco.

The two reportedly met each other while Brody was promoting his show The Hills: New Beginnings in New York at a Hotel party by Jenner’s costar Frankie Delgado.

Since then the new couple has been spotted hanging out a few times already showing tons of PDA. The two were first seen together on august 14 at Warwick, Hollywood.

However, according to sources although they’re really into each other they have decided to take things slow.

Although it seems that both Brody and Kaitlynn are moving on from each other, there are no hard feelings between them.

He took to Instagram and made a post saying that Kaitlynn is a “wonderful person” and that there has been “far too much negativity” directed at her after news of their split broke earlier this month.

“We decided the best move for both of us was to keep our love for each other strong but move forward separately with our lives,I respect Kaitlynn and care deeply about her. She deserves to be able to move forward in her life with respect and happiness.”

Let’s hope that the former couples find happiness in their lives moving forward. 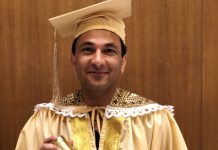 vikas shrivastava - September 11, 2019 1:45 am EDT 0
British Airways reportedly looking to cancel most of its flights on Monday and Tuesday after pilots pledged to strike after a breakdown in negotiations...

With over a billion active users, Instagram is undoubtedly the largest social media platform. A business can reach a large...