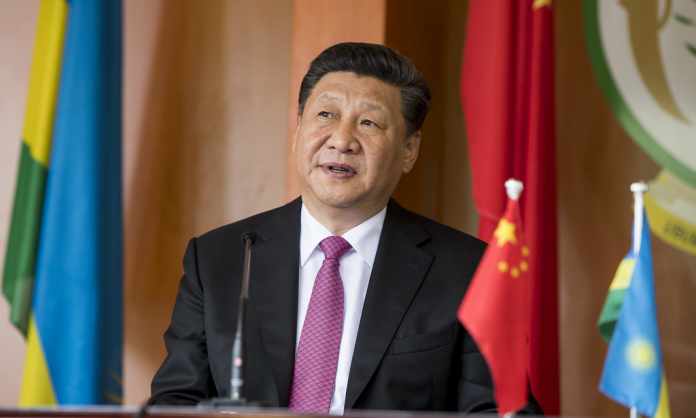 Fallout across the world due to the coronavirus includes over 34.4 million people who fell sick and over 1.2 million reports of death. Moreover, it has caused complete havoc in so many people’s lives, along with massive economic devastation. The whole situation went up to a new high when U.S. President Donald Trump announced that he and his wife and a few officers were tested COVID-19 positive. As it is President Trump referred to the coronavirus as the “China Virus,” the anger is more now. Moreover, China accountability in the COVID crisis is much awaited by several nations, considering the ever-spreading pandemic.

Despite all the criticism from the Trump office and that of a few more International leaders, Beijing has been lucky enough to keep themselves away from the scathing of all. There is no China accountability in the COVID crisis because they were the ones who were delaying the revelation regarding the virus. They were trying to window dress regarding the actual scale of the virus spread. Experts say that there may be a change in the current situation now that Melania Trump is under treatment for the virus.

Is China responsible for global unrest?

As per a Fox News report, there is still nothing parallel to the FLOTUS/POTUS diagnosis, and the impact will be immense, of course. Moreover, predicting the future is very difficult considering all that is going on right now. A senior fellow at the FDD or Foundation for Defense of Democracies, Emily de La Bruyere, researched China Policies. She says that how China is handling the COVID situation is very improper. As a result, there is a significant disbalance in the global order disturbing the U.S. System.

Donald Trump’s views regarding China’s coverup and mishandling of the situation will only become worse. In September, only Donald Trump attended the UNGA or U.N. General Assembly Conference with a message for China. In it, Trump was criticizing the CCP or the Chinese Communist Party. Further, he was urging the other national leaders to demand China accountability in the COVID crisis.

In the 8-minute speech, President Donald Trump says that the United Nations must hold China responsible for its actions. During the early days of the pandemic, China was blocking any domestic travel. However, there was no restriction for the ones who wanted to leave the country, disregarding the fact that there was a risk of global virus communication. Trump also stated that they did not stop him from entering or exiting China. However, the nation’s leaders ensured that people in their own country were also in isolation. No one was allowed to leave their homes in an authoritarian state of lockdown. Trump did not miss targeting the WHO or World Health Organization, a health body supported by the U.N.

China accountability in COVID crisis was the main agenda of Trump’s speech.

In his speech, Trump pointed out that he feels a connection between the WHO and China. He also believes that China somehow controls all the WHO functions that have made false declarations regarding the infection. WHO’s report suggests no proof of human transmission in the COVID-19 case during the initial phase. However, it is a complete lie because human communication is the primary source of contamination. There is a group of diplomats and experts who are holding the U.N. partly responsible for the situation. According to them, the global body failed to charge China for the case they should have been accountable for.

A senior research fellow from the Heritage Foundation, Dean Cheng, reveals his observation of the WHO investigation. He says that several African and European countries are supporting the inquiry regarding the virus outbreak and spread. However, China seems to divert the focus of WHO on the whole world, stating that a broader perspective to view the situation is better. However, if you look deeply into the matter, they are trying to avoid being under individual focus regarding the virus investigation. Emily de La Bruyere states that it is disappointing that no country is officially holding China responsible for the virus except the U.S. Although some European and African nations are raising questions, no actions are visible.

What is more unfortunate is that Beijing is getting all the Chinese government support and continuing business usually. Instead, growth in terms of business seems to be more than before. They are trying to set new Global business standards and expand influence over several other international organizations. Moreover, they are continually investing in different companies experiencing depreciation of assets due to the pandemic situation. However, amidst all this, nobody seems to be aware that due diligence is necessary to uncover the coronavirus’s origin. It is essential to determine how the spread began to ensure that such a situation does not occur in the future.

READ  Physician Assistants Getting Furloughed Is a Sign of Danger

There are a few lawmakers in the U.S., the majority of whom are Republicans are supporting President Trump in the fight. They are also raising questions and urging the Chinese Government to answer them.

A few months back, Sen. Josh Hawley spoke about justice for COVID-19 victims under the Coronavirus Act. This requires a China accountability in COVID crisis because they are liable to settle all pending claims in the U.S. Under this act, the American Government has the right to freeze assets of the Chinese Government. Moreover, they can launch a full task force to test the Government’s role regarding the pandemic assault. The FSIA is a body that protects a government when another is suing it, stating an issue of sovereign immunity.

A counter-attack by the Chinese Government and agencies

Presently, it is trying to protect Beijing from being accountable for the entire situation. As an answer to all the American Government questions, Xi Jinping shows a resolute rebuff for all the accusations against Beijing. Instead, Jinping says that it is time to stop the fight and join hands to solve the situation. The Chinese President also proposed to help in dealing with the virus financially. However, things did not work out later when the blame-game started worsening.

Presently, several Chinese attorneys are counter-blaming U.S. regarding COVID-19. They are accusing the American Government and the CDC of covering up mishandling of the situation on their end. China is further accusing the U.S. of their attempts to destroy the economic balance of the country. Plus, they are filing defamation cases against the American Government stating the kind of mistreatment throughout the last couple of months. For example, Donald Trump referring to the coronavirus as the “Chinese virus,” is an extremely disrespectful move.