Cobots, might sound like a new word to many as opposed to robots which most people have a clue on what they do or their benefits. Cobots is simply a shorthand for collaborative robots which unlike robots are built to work hand in hand with humans in order to perform tasks. Unlike the general assumption that robots were built to replace human resources, cobots were developed with a goal of increasing human capacity by providing strength and precision essentially making humans more efficient and effective.

Since their invention, cobots have illustrated their benefits to various industries as follows:-

The earlier type of robots did not allow human interaction consequently propelling the fear that they were going to replace human labor leading to high joblosses. Cobots, as mentioned, were designed to work in collaboration with people seeking to make their work more efficient and effective. In addition, they have taken over roles that were considered dirty, risky, and monotonous by people, all aspects of work that are known to reduce human motivation. For example, monotonous roles such as screwing are now done using robots which allows the employee to complete other roles that need human intervention. This factor simply means that industries are able to promote employee motivation and achieve their goals with ease.

Before cobots, robots required a lot of time, and familiarity to program instructions that would only manage to perform one action. Cobots have since changed this since they are equipped with better software and applications that are easy to manipulate and program to perform more actions. With better programming abilities, cobots have allowed industries to complete different tasks using one machine.

Development of cobots has helped increase efficiency in production through shortening time spent installing robots and starting off work. Unlike before when robots would be installed over a period running between days to weeks, cobots, due to easier programming can be up and running within less than one hour allowing tasks to be performed within a short time. For urgent actions, companies that use cobots are at an advantage since they can easily use the cobots to complete the tasks within a short time as opposed to hiring human consultants.

Man is prone to error but cobots are programed for accuracy. Unlike people, cobots perform with specified accuracy meaning they will always perform tasks within the set guidelines which results to consistency. On the other hand, humans can perform similar tasks with different input leading to inconsistent results. A good example is in the tightening of screws where humans can adjust the levels of tension used depending on their energy while cobots are programmed to a consistent tension for all the screws without tiring.

Traditional robots were known to perform one task at a time while cobots have been developed as multipurpose. A company that uses cobots can easily use the same robot over different departments without having to invest in more. With easier and faster programming, tasks can easily be added to the cobot’s software allowing them to be reprogrammed and redeployed to serve across the company.

In any project or process, companies are always seeking to achieve the maximum goals using the least cost and within the shortest time possible. Robots were developed to optimize these aspects with minimal errors without over tasking employees. While the initial investment in cobots is high, the end benefits are higher and more money is saved as opposed to other methods of operation, in this case human labor or traditional robots.

Overall, cobots have helped different industries manage the time, cost and quality in their projects to achieve maximum benefits that would otherwise be lower if human or traditional robots were used. By automating different processes in production through robots, companies can lower their costs, motivate their employees, save time and maintain quality standards.

How to Find the Best Internet Plan with HughesNet? 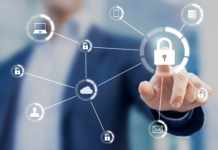