Thus, for the comprehensive reading of what are computer hardware and software? And, how can you define them by their differences? We present a small guide on everything you need to know about your computer system’s hardware and software. That is, responsible for the external and internal functioning of the system.

What is computer hardware?

To begin with, a computer hardware is a term used for all external parts of the system. For example, the Central Processing Unit or CPU, Monitor, Keyboard, Mouse, and Printer. All such external parts come under the hardware group. However, in 2021, computers have transformed into laptops. Therefore, for laptops, the hardware is a hard drive, touchpad, keyboard, fingerprint power button, motherboard, etc.

For the most part, “hardware” is a term that is generally used for the outer surface/external parts of any type of machinery. For example, for a mobile phone, hardware parts include a keyboard, body of the smartphone, memory card, storage card, AirPods, headphones, earphones, additional Bluetooth, etc.

In simple words, a computer hardware component is the one that you can touch and feel.

Now, in several cases, readers ask that one cannot touch a computer’s motherboard generally. However, still, it remains countable as hardware. How so? Well! Let’s begin to learn different types of computer hardware:

What are the different types of computer hardware?

One of the easiest ways to understand what are computer input devices? Here is the most recommendable definition. Input devices are those computer hardware that allows computers to create, collect, and transfer data. For example, computers have joysticks in modern days, which allow the user to run and control video games. Similarly, a keyboard is also an input device which allows you to write text on a computer.

Additionally, if you plug-in a graphic card in a computer system, it will allow you to develop and view graphics on your system. Thus, it is also an output device.

As the term “storage devices” suggest, any device that allows your computer system to “store” data, it is called a storage device. For example, Random Access Memory cards are in-built in a computer system. It makes certain that any file, text, sound, music, audio, video, graphic, clip art, etc. you download in your system saves your computer’s memory automatically. Apart from the RAM, another type of “Data storage” accessory is ROM. However, it does not fall under the category of the storage device. Hence, RAM and ROM or storage devices are categorized into two:

Internal Storage Devices: These are generally storage devices that you internally install in your computer system. For example, a pen drive, an SD Card, Optical drive, DVD, CD, etc.

External Storage Devices: External devices are those devices that you connect your computer externally for data storage—meaning, which you plug-in to your system—for example, Smartphone, External HDD.

Note: ALU allows a computer to run logically while performing mathematical functions like multiply, subtraction, division, and addition. It also handles digital integer binary numbers to make certain that the user can calculate or work in numbers using a computer system.

What is computer software?

For example, in the event that your memory unit (hardware) is not working, it would be difficult for the computer to understand file saving/transfer instructions (software). Similarly, if the SD Card does not work properly, the computer will not be able to access it using the computer language. Thus, both components go hand-in-hand.

What are the different types of software?

When it comes to computer software, we use over 10 software daily. However, can we define them by their types? If you cannot, the following list of computer software types will help you learn which software is of what type.

While using a computer system, do you think your CPU does all the work? The answer is no! For CPU to work as per the users’ instruction, it uses system software. There is mostly two system software that improves the work capacity of a computer. These are operating systems and utility software. If you are initiating a PC or MacBook, you will be able to view software like disk utility and boot camp assistant. They are the modern form of utility software.

It is also crucial to note that utility disks and operating systems come in a single software package. The reason being, both system in-built software are dependent on each other to perform their part of any task initiated by the user.

The system software is also technically called an “interpreter”.” The reason being, a system software allows a computer hardware and user to communicate. In the absence of system software, it would be nearly impossible for the user to perform any basic task such as power it on.

Apart from this, programming software also includes any software that has taken into use by the programmers to develop new computer applications and programs. Generally, in today’s era, programming software is defined by the latter definition. For example, computer language or operating systems like Android, iOS, JAVA, C++, Linux, etc.

This is the last but not least kind of computer software. Any software that includes a third-party developer, it is called application software. Microsoft Office is one of the old & gold kind of application software. It is universally available in Windows PC and computer systems. Created by Microsoft, this application allows a user to execute end-user functions such as create documents, write diaries, and create presentations.

Indeed, they are fully dependent on each other to interpret information, create files, save files, transfer them, and access the world wide web. For more information, our comments section is open for forthcoming queries. We help our valuable readers to sit back and relax and learn technical tips and tricks for smart work skills! Good luck! 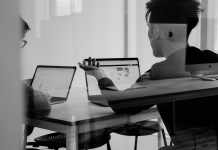 API Development and Integration – Everything You Need to Know 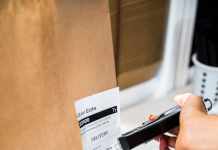 Tips To Get The Most Out Of Your Receipt Scanning Software