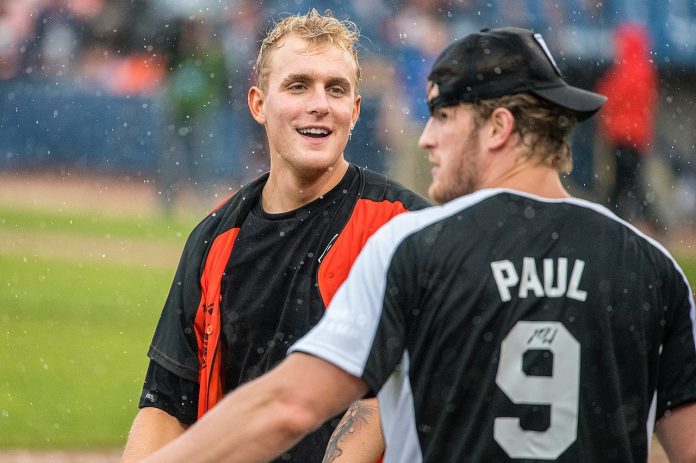 According to several news reports, Jake Paul was arrested after he was found inside an Arizona Mall. He entered the Scottsdale Fashion Square Mall while it was already closed, and also remained inside it. According to local news channel ABC 7, the YouTube star was found in the mall when the protests were already declared as unlawful assembly. Besides, all the rioters and protestors were leaving the area according to police instructions. So, now the Arizona police have pressed double charges on Jake Paul. He is booked for both the misdemeanors including unlawful assembly and trespassing.

On Sunday, Paul stated whatever had happened. By then, the public had already gone bonkers and the celebrity was facing a severe backlash. The fact that he was entering the mall when rioters were vandalizing and looting a restaurant seems to have affected a lot of people. The footage that has been doing rounds on the Television and internet shows protestors attacking the P.F.Chang’s restaurant, and Paul walking into the mall amidst the chaos. The 23-year old celebrity was a part of the protests that were happening over the death of George Floyd. The man was killed on May 25, 2020, when a police officer kneeled on his neck for close to eight minutes.

The horrific incident took place in Minneapolis, Minnesota. Later, in his statement against the entire controversy, Jake Paul clearly said that neither he nor anyone else from his group was a part of the chaos and vandalism. He added that they were instead protesting very peacefully against the atrocities and racism faced by black people across the nation. According to Jake Paul, the police tear-gassed the protestors when they were trying to film the entire incident which was another case of brutality.

Jake Paul narrated the entire incident of whatever happened during the protest to make people aware of the truth. He wants people to not judge anyone randomly and consider the brutality carried on by the police in several states of the USA. According to the YouTube star, the police gassed them and forced them to keep walking. However, Jake and his team have tried to film the entire incident. They feel it is necessary for every person to feel pain and anger. It is what people in every single neighborhood is facing. Moreover, it is a time when the colored community has finally raised its voice. They are now fed-up after back to back incidents of brutality.

It is good that so many people are supporting the cause and coming forward to join hands. He added that the police were torturing people unnecessarily. In their case, they had told the police that they were just filming the incident. They also mentioned that they were not engaging in any of the chaotic activities. Jake Paul further mentioned that he is strictly against any kind of violence, law-breaking, and looting. However, he says that he understands the frustration and anger that led people to such destruction. According to him, violence is not the solution to anything. People should instead come together, unite, and fight for the cause wisely.

US Troops To Leave Afghanistan By September – What’s Next For Them? We Discuss Options For Returning Vets