Have you come across the new Face App yet? Well, of course, you have! For the last few days, this app is going viral due to its age filter. This app allows users to see how they would look when they age.

A very innovative and intriguing idea, yes. That is the reason people have been drooling about it for the past few days. But problems and in fact security problems have raised its ugly head. So much has been the impact of this app might have to be investigated by the FBI!!

The issue here is the privacy concerns of using this app which makes use of one’s picture. Several people have raised concerns about the security breaches that this app has roped in. The concerns have even rocked the seats of the government and a US senator has asked the FBI to investigate the app.

There seems to be some glitch regarding the conditions and clauses of this app use. Quoting the clause, users provide the app ‘ a perpetual, irrevocable, nonexclusive, royalty-free, worldwide, fully paid transferable sublicensable license” to make use of the photos that are being uploaded.

There is also a surrounding concern about the photos being uploaded. It has been discussed that that app not only uploads the photos being used by the users to its server but it also accesses the photos in the user’s phone. However, this is just a rumor as no evidence regarding this has been revealed.

Faceapp has also risen to the occasion and has made a statement that using this app does not cause any privacy risk. The authorities of the app have mentioned that most of the photo processing occurs via the cloud and that the app just uses the photo uploaded by the user.

Then again, one cannot knock out the concerns and caution is prescribed while using this app. 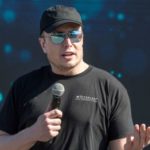 vikas shrivastava - September 6, 2019 3:30 pm EDT 0
Elon Musk may be a solid advocate of everything tech. Be that as it may, he's a long way from positive on its suggestions...

Robert Downey Jr. Would Return To MCU But Only If…!

Hrishkesh Singh - March 3, 2020 3:30 pm EST 0
Will the high spheres of Marvel Studios take note? At the moment there is nothing confirmed Tony Stark may have died last year in...

vikas shrivastava - September 27, 2019 12:30 pm EDT 0
The Jonas Brothers' Instagram account was hacked and netizens cannot stop laughing about it. It turns out that there's no reason for alarm, as...

For the eighth and final season of CW's linchpin superhero franchise Ben Lewis, who portrayed the Clayton on Arrow as...