Several iPhone users were left shocked the moment that they figured that their phone’s camera gets automatically turned on in the background while they’re scrolling through their Facebook feed.

This facebook bug is terrifying all the iPhone users as they buy the iPhone for security purposes, but now they feel even the iPhone is not secure anymore.

Facebook Vice President of Integrity Guy Rosen first tweeted that it “sounds like a bug” and the social networking platform was investigating.

“Thanks for flagging this. This looks like an error(Bug), we are working on it,” tweeted Rosen in reply to a user.

Later, Rosen admitted there was indeed a bug. The error(Bug)appears to only affect those iPhone users who are running the latest iOS 13 software version.

Joshua Maddux Tweeted that “Found a #security & #privacy issue @facebook. I found an error(Bug) in the app which lets you see the camera open behind your feed and capture the scenes. Note that I had a camera that is shown on the carpet.”

“We have recently discovered our iOS app incorrectly launched in the landscape. In fixing that last week in v246 (version246), we inadvertently introduced an error (Bug) where the app partially navigates to the camera screen when a photo is tapped. We do not have any proof of the photos/videos uploaded due to this,” he tweeted.

Another user posted: “Facebook app on iOS 13.2.2 opens my phone’s rear camera when I open a profile pic swipe down to return (look at the small slot on the extreme left of the video).

Is this an app error(Bug) or anions bug?” Rosen said that Facebook was submitting a Solution for this to the Apple App Store.

Facebook is now trying its best to resolve the bug and make people feel secure again. They also mentioned that the videos/photos are not being stored anywhere, so their data is safe. 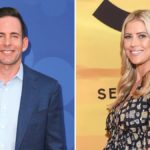 Prince Garg - December 28, 2019 4:00 pm EST 0
United was born to Christina Messinghe Heck in Orange County, California. She has a sister named Carly, who is ten years younger.She went to...

anshi gupta - February 6, 2020 1:00 am EST 0
Kiss and special guest David Lee Roth performed the first concert of their 2020 tour together tonight in Manchester, New Hampshire at the SNHU...

Upcoming of Netflix in February 2020, Take A Look Netflix first review in February...

mohit sharma - January 21, 2020 5:00 pm EST 0
Let's first look at what comes to Netflix in the United States. This is a preliminary list of all known to appear on Netflix...

The newest game from developer and publisher Human Head Studios, Rune 2 is now out for PC on the Epic Games...