Finally some good news for the fans of Final Fantasy 14! The game’s creator Naoki Yoshida and community producer Toshio Murouchi used their minutes at the Tokyo Game Show to talk about the latest additions to the game. And you won’t be disappointed, trust me. Here are the 5 major talking points from there presentation:

1)There is going to be a patch:

Naoki Yoshida revealed they will release a patch 5.1 that will boost certain aspects of the game massively. The patch which is named “Vows of Virtue, Deeds of Cruelty” will come out in the last week of October. Apart from the main features, there will be a host of other features like the trials, a third Ultimate-tier raid and the latest custom deliveries for Kai-Shirr

The new patches 5.1 and even 5.2 is intended to make the sophisticated and complex crafting easier. This is especially meant for the new players. The user interface has been designed in a very simplistic manner. As for the gatherers, the feature of Sneak will replace Stealth.

The new Game Plus will let you replay the chapters. However, they cautioned that the fans would have to wait for sometime before this feature becomes available.

YoHRA: Dark Apocalypse’s chapter one will be called The Copied Factor. The next 24-player raid will be available soon. Yoshida displayed a few concept content and screenshots during the course of the event. There was also a preview of the soundtrack and the fans on social media found it very familiar.

Blue Mage has apparently been leveled up along with getting a host of new spells. In the new patch, it will get a new job quest alongside various exciting spells.

Like Vivi, Orunitia said, life doesn’t last forever. So just go out there and enjoy your ‘final fantasy’.

vikas shrivastava - September 20, 2019 4:30 pm EDT
0
STAR TREK DISCOVERY season 3 will be soon making it was way to the streaming service Netflix and CBS All Access. So now the...

‘Trust Issues’ Are The Reason Behind Brody Jenner And Kaitlyn Carter’s Split-Up, Details Inside

vikas shrivastava - August 23, 2019 6:30 pm EDT
0
Brody Jenner and Kaitlynn Carter split into "trust issues." The couple who had been as one for a long time would have part only a... 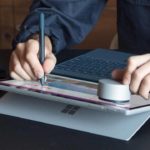 vikas shrivastava - September 15, 2019 4:00 pm EDT
0
Dedicated fans are what make artists pay off their invested hard work. It seems like Jared Leto has a good amount of loyal fans...

kratika parwani - September 10, 2019 2:30 am EDT
0
Every game lover has this uncontrollable fetish for Playstations. PlayStations seem to be an intrinsic thing in your collection if you claim to be...

The Second Ebola vaccine to be deployed by DR. Congo- Here’s the exc;usive information

vikas shrivastava - September 24, 2019 11:45 pm EDT
0
Health authorities in the Democratic Republic of Congo are thinking to use a second Ebola vaccine to further control an outbreak that has killed...
© Copyright 2019 - Daily Bayonet