With the number of cyberattacks growing all the time, application security has never been more important than it is today. As a result, many IT department staffers are looking for new applications that can help them lock down their employers’ data. That’s where Fortify’s cybersecurity suite comes into play.

The program is distributed in both static and dynamic formats, so it should prove flexible enough to fit into almost any sized enterprise.

The underlying code that powers Fortify OnDemand was developed by the same security research group that once maintained the Java Open Review project. It’s designed to provide a level of security assurance at all steps of the software design process. As the number of threats that target specific types of software continues to grow, it’s important to make sure that software is free of potential exploits before it ships.

The app’s algorithm performs a logic analysis on code before it executes, which ensures that it doesn’t have any major security flaws while it’s being developed. If something goes wrong, then Fortify’s app will automatically notify developers of the issue before it makes its way into the final product.

Perhaps most important is Fortify’s focus on the end result. The software looks at the big picture of every project that your organization attempts to develop. You won’t have to worry about whether or not one module is secured while another isn’t since it even looks for potential irregularities that might occur when all of an project’s disparate parts are compiled together.

This ensures that all risks are found early enough to correct them.

Development teams usually have to have all of their source written by a specific date. When managers call for a code freeze, they might have to ship potentially compromised code. This is unsafe, but unfortunately it’s a fact of life for many programmers.

Those who use Fortify’s unique environment are given alerts during the development process, which gives them additional time to sort these out. Teams that work with the software may not have to put as many hotfixes during the lifetime of a particular application because most major bugs get worked out early on.

In the most extreme examples, developers who rely on Fortify’s platform spend little time debugging because it enforces compliance so strictly. That doesn’t mean it stifles creativity, however.

By integrating with CI/CD workflows, Fortify’s platform can bridge the gap between operational teams and your developers. By offering a collaborative environment, the app makes it easy for everyone in your business to stay in contact while working to deploy your application.

While Fotify’s platform isn’t an IDE or a text editor, it’s certainly an integral part of a development toolkit. Depending on the type of development your team does, they might not even notice that they’re working with a tool designed to enforce compliance. That might very well be the best compliment someone could give this kind of software.

Most Important Considerations When Buying a Laptop Case 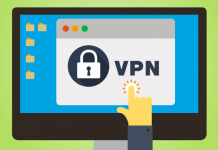 How to Setup A VPN? – VPN Guide on Setup, VPN Basics, and Top 5 VPNs for best performance