After being locked in the criminal justice system almost all his entire life, the rapper finally decided to tell his side of the story in the new Amazon miniseries “Free Meek”

Back in 2008, the 32-year-old rap star was convicted for Gun and Drug Possession. In addition to the one year, he served in jail.

Mill has served the past 11/years of his life on probation and served several times in and out of jail because of technical probation violations.

For example, the hip-hop star was sentenced to two to four years behind bars in 2017 for a series of minor, non-violent violations that included performing a motorcycle stunt while shooting a music video.

As a result, he spent 5 months in prison before being released in April 2018 and emerging as a face of criminal justice reform in America.

The docuseries talks about Mill talk about his arrest and how the case itself endangered Mill’s rap career. 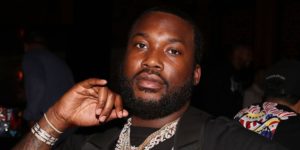 I had never thought about that, that there would be a day that I would be doing a docuseries or even sharing my story the world about my life.

Ultimately, the legal bout taught him to “never give up, never stop.”A number of high profile activists and entertainers have come out in support of the docuseries, such as Jay Z and Tamika Mallory

“He is a quintessential brother trying to do good; trying to make a positive change for his life, for his art, for his calling,” said Van Jones, a TV host on CNN and the CEO of Mill’s Reform Alliance non-profit.

See also  Linda Ronstadt has found her another voice.

“He’s unjustly accused, unjustly convicted, unjustly harassed by a corrupt judge, and he fights back and he wins.

” Jones also commended the hip-hop star for using his platform to advance criminal justice reform and revealed that they are working to make systemic changes. “I can tell you, we’re about to change some laws now.”