Since 1953, Chevrolet Corvettes have had their engines in front of the driver. But all this changed on Thursday night in Southern California, when Chevy revealed the production version of the eighth-generation Vette, carrying the legendary Stingray nameplate.

The C8 Corvette has a new, mid-engine design and will go into production for the 2020 model year at a base price of $60,00. The C8 Corvette, as we have long known, would find its V8 engine moved from under the long hood upfront to a compartment between the driver and the rear wheels.

This mid-engine design is considered optimal for balanced sport-car handling and is de rigueur on supercars from Lamborghini and Ferrari. The new epic Ford GT which won 2016, 24-Hours of Le Mans also has a mid-engine design.

It wasn’t as if the old C7 design wasn’t successful. The racing version of the Corvette also won Le Mans and, more than any other Vette, convinced enthusiasts that the two-seater was a proper American supercar. The C7 Stingray was Business Insider’s first-ever Car of the Year, in 2014.

The new 2020 Chevrolet Corvette C8 Stingray is re-imagined to bring customers new levels of performance, technology, craftsmanship, and luxury. It is lean and muscular, with an athletic sculptural shape conveying a sense of motion and power from every angle.

The 2020 Chevrolet Corvette Stingray will go into production at GM’s Bowling Green Assembly in late 2019. The brand new 2020 Stingray continues that tradition as a no-compromise value proposition.

Welcome to a brave new era for Corvette! 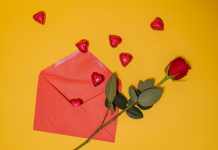