Joanna Kerns made her name through the 80’s sitcom ‘Growing Pains’. She played the role of Maggie Seaver. Joanna is back in news not because of her acting but her recent decision of her divorce. Marc and Joanna were about to celebrate their 25th marriage anniversary. They both married each other back in 1994.

It was Joanna’s second marriage. Earlier she married Richard Kerns in 1985. Joanna was a part of all the seven seasons of Growing Pains. This show ended in 1992. Joanna has only one child that too with Richard Kerns.

Joanna and Marc may divorce, but their relationship lasted longer than most Hollywood couples nowadays. Joanna had a good friendship with her TV husband Thickie. Thickie said about Joanna, “We never went on date, but we had Chemistry, which our unrequited romance preserved for the entire show.” Thickie died in 2016. 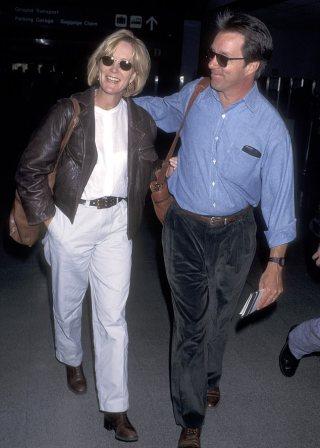 Joanna gave a heartfelt tribute to him. “Alan was a true and loyal friend. As Maggie and Jason, we experienced more than life-changing success together. When you pretend to love someone day after day, year after year, you see all their faults and foibles and learn to accept them as they are, separate from you, and there is a connection that happens that is hard to explain.

I thought with Alan. Maybe that’s what marriage should be, his ability to love without judgment and the strength to remain separate.” Joanna said.
The reasons for their divorce have not been specified yet. They both spent a big part of their life together. The decision of their divorce is shocking for all.

How you can auto-delete your location history on Google Maps?

mohit sharma - October 6, 2019 12:00 am EDT
0
We all use Google Maps quite frequently and without any doubt, it has proved to be helpful. But what we should be aware of... 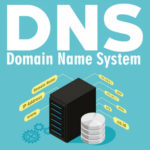 vikas shrivastava - September 11, 2019 2:45 pm EDT
0
Broadband ISPs along with the Government look is ready to fight with Mozilla after the internet technology developer declared that it would accelerate forward... 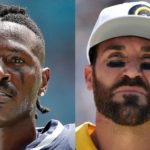 vikas shrivastava - September 30, 2019 1:15 pm EDT
0
Antonio Brown and Eric Weddle did not hold back when they were jawing at each other on Twitter this week. It all began when...

vikas shrivastava - September 11, 2019 7:00 pm EDT
0
Researchers at the University of Alabama at Birmingham were the brains behind the study. They analyzed 84 middle schoolers from low-income families in Birmingham....

anshi gupta - January 23, 2020 6:20 pm EST
0
You might have previously heard about the Cupid videos, it holds distinctive mainstream and niche market dating sites all over...