Hong Kong is a name that can constantly be noticed on several newspaper headlines from the last few days and that too for all the wrong reasons. Hong Kong has been making the headlines for its new extradition bill. A bill that is not being supported by people not just in Hong Kong but around the world and has resulted in massive protests worldwide.

Reason Why It Started

Back in March 2018 the extradition Bill got proposed and was brought to the table for discussion in the wake of a Murder Case that took place in Taiwan. The accused was a man from Hong Kong who murdered his Girlfriend on a vacation in Taiwan. The only charges that were put against the man Chan Tong-kai were that of theft and handling of stolen goods and items. That’s it and nothing else. No murder charges could have been put against him, not even trials and the reason for this was the loopholes present in the laws of both the states.

The most talked-about extradition bill brings with it the law that would allow the transfer of accused criminals for Taiwan, Mainland China and Macau. The absence of this protected the murderer boyfriend of Poon Hiu-wing from facing even questions from the Taiwan Police. The reality that struck hard to the jurisdiction which then caused the introduction of the extradition bill is that despite making this heinous crime of murder, Chan Ton-kai the main accused will never face trial for murder charges.

In spite of having good intentions behind introducing the bill, the Chief Executive Carry Lam has been facing a lot of rejections and more prominently protests from people worldwide. Though the bill was raised with the motive to remove the image of Hong Kong as the shelter for criminals, the people of the region feel otherwise which eventually leads to the Hong Kong protest.

Critics believe that the Extradition Bill- that would allow the government to move the offenders with more than 3-7 years of penalty to another state like Mainland China, will pose a threat to the people who have migrated in these places for work and will affect the Businesses in the state. Journalists, Business Groups, legal professionals and even other foreign governments accuse the jurisdiction of creating a space for the government to accuse any person passing theses states of crimes the accused is not even aware of existing. This will allow the government to transfer the accused to mainland China for trial, where the courts are under the influence of Chinese Political Control.

The Hong Kong protests started from the very beginning itself. Ever since The Fugitive Offenders and Mutual Legal Assistance in Criminal Matters Legislation (Amendment) Bill 2019, was introduced in Hong Kong, people around the world have been in a rage. Protests and demonstrations started taking place in March-April which then escalated to a larger state by June.

On June 12th, when the Hong Kong government had scheduled to hear the amendment bill which would mean speedy action towards the acceptance and enforcement of the Extradition Bill, Hong Kong witnessed one of the darkest days in the history of Hong Kong. To stop the hearing hundreds and thousands of people have gathered to protest which slowly took a violent turn.

The police trying to control the crowd took measures which included firing Tear Gas, Bean Bags, Rubber Bullets to the crowd. The whole incident between the police and the civilians not only resulted in high numbers of injured civilians but also a rage for the police along with the government.

After the June 12th incident, when the police decided to call the protestors “Rioters”, use force to control the protest, also arrest few who faced severe penalties on “Rioting Charges”. This violence on the 12th of June led to a bigger movement worldwide.

Background Of The Whole Protest

Hong Kong is a region in the Republic of China that has special administrative power due to a declaration signed by Britain and China, valid for 50 years which ends in 2047. Hong Kong according to the treaty has its own legislation, judicial, business, and trade policies. 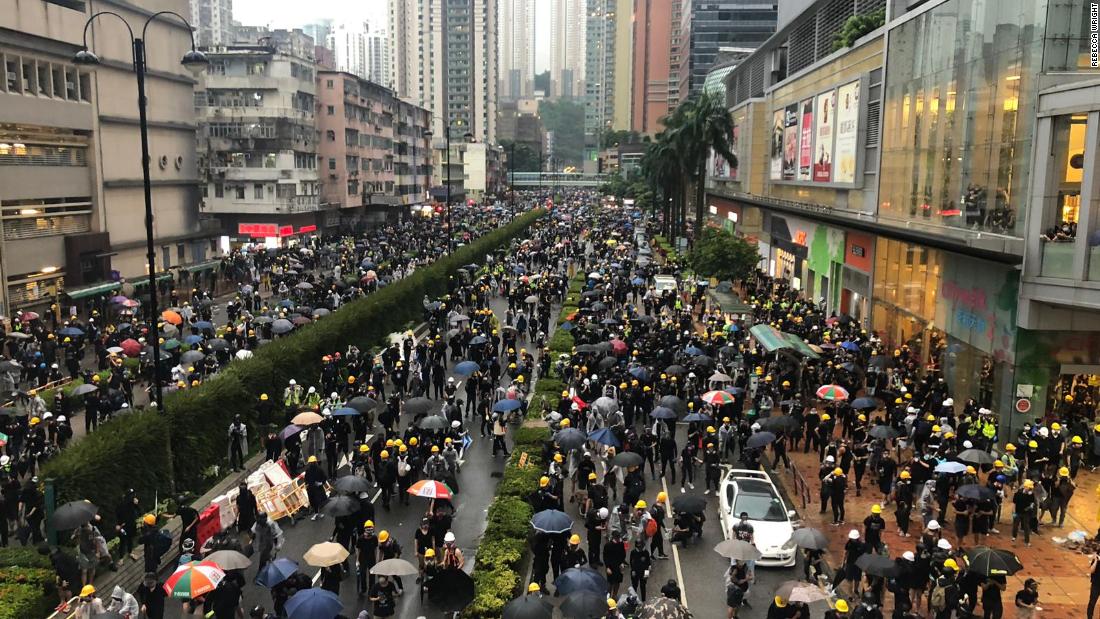 After a lot of protests, in 2007 Beijing agreed to grant Hong Kong with Universal suffrage in 2017 that would give the citizens the power to vote. But despite the promises, the Beijing government announced in 2014 that the nominations would be chosen by Beijing which again resulted in revolts because then the whole democratic idea stands null and void. So, in 2017 the process of electing the Chief Executive remained unchanged.

When the people of Hong Kong have already been struggling for democratic rights,  Hong Kong comes up with the Extradition bill which looks like this was the opportunity Beijing was looking for. Because China already has stressed relations with the Hong Kong people but after the bill is passed it will have the power China had been long waiting for.

People fear that China will put allegations over a lot of people in Hong Kong who have been openly protesting or have broken some Chinese law in the past or the future will be sent to Mainland China where the Jurisdiction is under the political control.

The Hong Kong protests aren’t going down well with the Chineses Government especially when the current demands of the Protests have moved from the exemption of the extradition bill to freedom from China, the Chinese Government has called the protests signs of terrorism.

June started with protests that were initially against the extradition bill soon became a bigger movement for democratic rights.

June 9– Approximately 1 million people marched to the government headquarters as a form of protest against the bill.

June 12– A similar movement took place which was met with violence from the police that included arrests and firing of rubber bullets and tear gas.

June 15– Carry Lam, the Chief Executive of Hong Kong announced the suspension of the Bill.

June 16– A fresh protest double the size of the earlier one with around 2 million people protested for the complete withdrawal of the bill.

July 1– Protesters gathered around the Legislative Building, colored the walls with graffiti, defaced the National Emblem and showed Colonial Flag.

July 7– Another protest with thousands was done in a Kowloon a popular tourist spot.

July 9– The chief executive Carry Lam announced again that the Bill stands dead, requesting the protestors to stop the showdown.

July 27– Protests against the station attack was again met with police firings.

How It’s Been Build Up Over Time

Strategies protesters are using against authorities

Protestors have been using various types of strategies to safeguard themselves from police attacks. Ever since the police firing on July 12th, protests have taken the form of silent marches, costume demonstrations,  graffiti on walls, flash mobs, activities that do not put the protestors directly against the police. 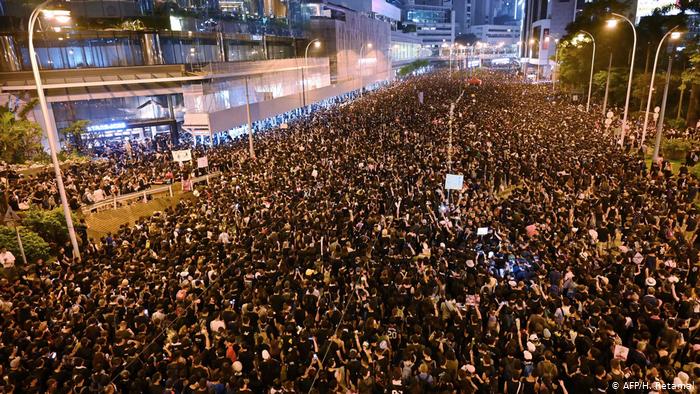 Hong Kong has also seen a city-wide transport strike on August 6, fun laser shows have been conducted as well.

Even the airport terminals have been used for protesting to get world projection.

The world may have been witnessing a rise in the right-wing population but the people who had been supporting the right in Hong Kong for Political Stability so that business and trade could continue without any disturbance being pro-Beijing are now stepping up against the government and for the movement too. The reason being continuing to be right-winged would only harm them in the future. The sole purpose for which they chose peace would not remain if the bill is enforced.

The foreign business spurring in Hong Kong might face a major fall-back if Beijing gets full control over Hong Kong. As Beijing legislation and jurisdiction is completely lead by the Chinese Government.

While China has been calling the protests in Hong Kong and the behavior of the people “nearly terrorism”, Hong Kong has been getting support from across the world for its movement and there have been supports shown by people in the form of protests from many countries.

Despite the support from activists, Hong Kong failed to get any strong support from the powerful authorities of the world. America, which represents itself to be strong defenders of Democracy and Freedom also has kept quiet in this matter. Trump only said that he hopes the best decision would be taken which would be in favor of both the parties.

Directions It Is Heading To

The Hong Kong protests don’t seem to be dying anytime soon, as the rally that had started against the extradition bills has now taken the size of a bigger movement with demands of full democracy and complete withdrawal of the extradition bill along with accountability from police and government.

Though the civilians are facing commuting issues due to the strikes and protests, the city seems safe and undisturbed otherwise.

Hong Kong has been struggling for a very long time and has been fighting for democracy which has been refused. The struggle that had started from a very small number has now taken a very large size and doesn’t seem to be dying anytime soon because it has only been gaining more support from not just civilians of Hong Kong but also activists all over the world.

Hong Kong protests are gaining importance from all over the world especially for its increasing impact and have become a very important piece of World News. Hong Kong is not at rest and is consistently fighting for Freedom from China, which is not particularly known for its democratic methods. A lot of violence has taken place since the movement began but no support as such has been provided from the leaders around. Despite multiple speculations about the protest coming to an end, the city is set for another march with an estimated two million people on August 31st.

While democracy all over the world is facing some or the other form of suppression, citizens struggling to make their voices heard, Hong Kong protest is setting an example of effectively running democratic protest in this age of heightened state surveillance.

All Together Now is coming soon on Netflix | Catch all the details! 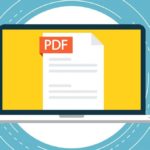 A major Security risk posed by PDF Files- Details inside 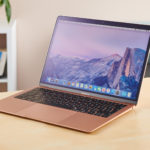 kratika parwani - October 17, 2019 4:00 pm EDT 0
At the point when Apple originally appeared the recently updated MacBook Air in 2018, I immediately responded rather firmly to the workstation's cost and...

vikas shrivastava - August 22, 2019 7:30 pm EDT 0
John William Ferrell a.k.a. Will Ferrell is an American actor, producer, writer, comedian, and businessman. Whoa! That’s a lot of occupations!Although this guy is...

Bleeding Edge Armor : All You Need To Know About Tony Stark’s Finest Suit

What is Iron-Man without his Armour? One of his major strengths has been his armors, always. Avengers or Iron-Man, Tony...