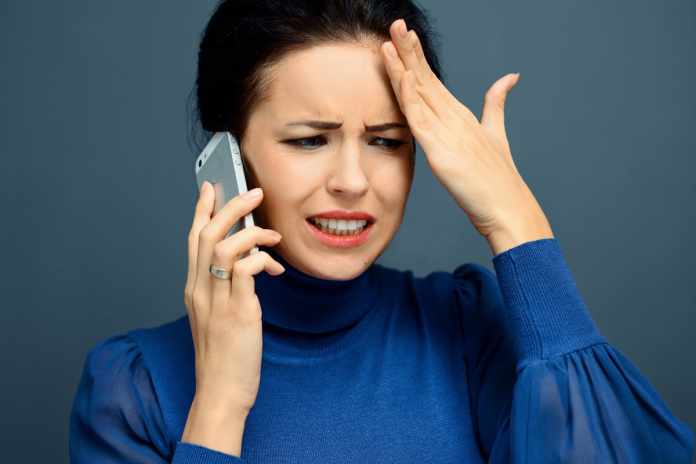 The use of mobile phones has its joys and wonders. Instant communication, access to colossal libraries of information, social media networking, and of course the whole genre of mobile gaming. But while it has its many benefits, the onset of mobile phones has opened its own possibilities of dangers, threats, and risks. In this article, you will get to know how to deal with harassment by

Harassment is not a new crime. What’s new is that the harasser now has the luxury of being protected behind a screen with his identity concealed and equipped with a wide range of tools that a phone provides.

The scams never change, only their means do.

Exploitative SMS, unpleasant phone calls, threatening messages, breaching important data and menacing to publicly reveal it are just a few ways a person can harass you through your phone.

But you are not without power. There are active cybercrime divisions that help track such harassers and put an end to their villainous schemes and illegal activities. What’s more, you can put an end to it before it begins. Here’s how.

Not every unpleasant exchange constitutes harassment. Often you can be the giver instead of being the receiver of such exchanges, but neither party are harassers. So, how do you recognise and identify an action as harassment?

Harassment is defined as offensive, degrading, humiliating, menacing, rude behaviour that intends to attack you based on a personal quality or characteristic, or force you to commit actions against your will using personal information.

Harassers can be found among your colleagues, friends, and even family. Many times, harassers are people who we could have never imagined they would subject the victim to such degrading behaviour.

Common forms of harassment are:

Harassment exists in many forms, and no one form is better or worse than the other. All forms of harassment are damaging to the mental wellbeing of an individual.

Every act of harassment can be subjected to complaints by the victim. Of these, there are specific markers that make instances of harassment liable to legal action. These are called protected characteristics.

The above explanations and the examples that accompany them should give an adequate understanding of what constitutes harassment.

Now we will focus on how harassment is carried out through the phone.

Harassment through the use of phones

Harassment has become much easier because of the advent of technology. The internet gives access to immeasurable libraries and databases of identities. Social media and social networking websites are also major contributing factors to this.

Anyone can use the information you upload on your Instagram and Facebook pages. Live updates on every activity that takes place during the day allow a potential stalker and harasser to learn about your identity, daily routine, hobbies, passions, live location, personal life, planned activities, past history, future plans, and more. The exploiter may then use these bits and pieces of information to breach your personal life. The looming threat of hackers is not comforting either.

The easiest way to protect yourself against such threats is to limit the amount of personal information that you choose to display; accepting requests from only trustworthy people who you know; not uploading every moment, minute, and instance of your day; and, limiting the overall use of social media.

But social media is only one aspect of possible harassment through the phone.

Telemarketer scams hunt innocent people who are unaware of the dangers of phone interactions. They pose as trusted organisations offering help, banks suggesting improvement for your account, or executives of a shopping website you recently ordered from. While this expands more into cybercrime territory, it is also counted as a form of harassment because of the harmful aftereffects to the individual’s psychological state and harm to personal property or possessions.

Telemarketer scams are possible because of phone numbers. This brings us to written communication: SMS and online messaging. Strangers, acquaintances, and close ones alike; all can take advantage of the access they have to your phone number. Threatening emails also come under this category.

Cyberbullying, trolling and creating memes on a person’s characteristics or interests, spreading rumours about a person online; these are also forms of harassment carried out through the phone.

How can I protect myself?

See also  How to Invest Better in Sectors

The simplest answer is to become knowledgeable. It’s easy to recognise patterns and behaviours of harassment. If you receive texts from an unknown number, block it if it seems suspicious. Caller ID applications have been developed to make the identity of phone numbers visible. You can also use Nuwber to check who the number belongs to. It will also provide you with all publicly available info on that person.

Ignoring random offers of ridiculous amount sums on SMS is also beneficial. They contain fake links that phish your personal details once you fill in one of their forms.

And this cannot be said enough. Take the right step and complaint to the authorities at the first appearance of any suspicious and threatening online entity that intends to intimidate or force you into doing uncomfortable things.

Workplace harassment is common. Many occasions of harassment go unreported or unnoticed, either because of fear of the harasser or uncertainty if the authorities will take the right action. Organisations have bylaws that protect employees and consumers from incidents of harassment, so do not be hesitant to approach the right authority, be it your boss or the local police station.

Become aware and spread awareness. The more you know, the more you can protect yourself against possible threats.