Scarlett Johansson has made a statement that she will stand beside Woody Allen because she genuinely believes in him. Almost all the members of the Hollywood Industry have distanced themselves from him after the Me Too Movement occurred.

His now-grown daughter, Dylan accused him of child sex abuse which is a huge allegation for a renowned celebrity. There are some actors who have publicly regretted working with him like Michael Caine, Timothee Chalamet and Greta Gerwig.

Johansson told The Hollywood Reporter during an interview that was released on Wednesday that she loves him, believes in him, and she would work with him anytime when given a chance.

Woody Allen helped in boosting Scarlett Johansson to the A grade list. He was her director in “Match Point,” ”Scoop” and “Vicky Cristina Barcelona.” She also accepted that she had a talk with Woody Allen and he still continues to be innocent which she believes he truly is.

As per the records, he has never been charged with a criminal offense. Scarlett Johansson is one of the very active members regarding women issues and was the leading supporter of Time’s Up.

She says that it is also hard because it is a time where people are very agitated, and understandably, things were being required to stir up, and that is the reason why people have a lot of passion and an immense amount of strong feelings and are still angry, and have the right too. She also accepts that it is an intense time.

Scarlett Johansson tells that she has already had a number of conversations with him regarding this topic in the past and every time, the conclusion is the same that he stands innocent. She relies upon him because according to her, they both are very direct towards each other.

vikas shrivastava - September 28, 2019 1:00 am EDT 0
A University of St. Thomas student has been charged with a federal crime for creating what authorities knew as “hoax bomb threats” to the...

Jaden Smith Says Tyler The Creator Is His “Boyfriend” And Has Been For A...

vikas shrivastava - September 10, 2019 3:45 pm EDT 0
Maybe Fans of Jaden Smith and Tyler, the Creator area unit in all probability scratching their heads when this weekend. On Sunday, whereas functioning... 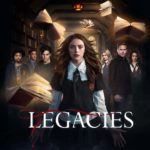 Ruchika Jain - January 20, 2020 8:00 pm EST 0
The Legacies returned this winter break with second of its season with episode nine- “I couldn’t Have Done without You. It is directed by...

Ryan Hurd holds this positive thought that Blake Shelton and Luke Bryan stand to be great brand ambassadors for country...