Big Little Lies’ Season 2 had its finale a few Sundays ago and fans are already pestering HBO for another reason. But based on what the people behind the show have said about Season 3, it may very well turn out to be the series finale, too. According to both, HBO president, Casey Bloys, and David E. Kelley, an executive producer, and writer for the series, Season 2 ended with real closure. And it doesn’t sound like they have any plans to continue the show.

And Kelley reportedly told the same media outlet in another interview, “We like where our closure is at the end of Season 2. That will probably be it.”

Bloys also thinks that another big reason why Season 3 may not be on the table is because of the busy schedules of the actors involved.

I love this kind of person’s I would do everything with them. But the reality is, they are some of the busiest actresses working in Hollywood … I just think it’s not realistic.”

In fact, According to Bloys, it was a “small miracle” that Season 2 could happen in the first place. He said that Everybody involved is too busy that it’s very hard to imagine assigning everybody’s schedule again. Could we do it again? Who knows? It’s a great group. They love working as a team and they are really fun to work with. But everybody is too busy with the allocated work. So let’s see.

READ  The Boys Season 2 Release Date is out now!

Overall, the odds are seemingly low for a third season, but one may never know. Maybe if the stars align and all the actors can come back for more, it might happen. Let’s keep our fingers crossed and hope for the very best.

Microsoft to Buy TikTok in US After Talks With Trump

The Passage Season 2 : Why Fox cancelled the show without giving a perfect climax? 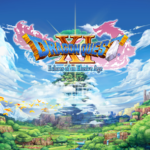 vikas shrivastava - September 24, 2019 4:00 pm EDT 0
We have the fourth live stream of Dragon Quest XI S Channel coming in about a couple of days and we can’t wait!Square Enix...

Justin Bieber Spills Beans On Having Kids With Hailey Bieber! ‘It’s Completely On Her

Pathak - March 6, 2020 1:00 pm EST 0
Justin Bieber leaves it up to his wife Hailey to decide how much children they want to have. The pop star wants a family...

The Lion King, released in 2019 is a computer-animated musical film, a remake of the 1994 film by Disney itself,...