Kim Kardashian West appeared recently Live with Kelly and Ryan on Friday and set the record straight once and for all about why so many people have had such a hard time flushing the famous entryway bathroom toilet.

“I actually have heard about this story,” said the Keeping up with Kardashian star after Seacrest’s co-host Kelly Ripa asked if she knew any news on what the talk show host referred to as a “fascinating” story.
It was at Kendall’s graduation party — everybody was there, the whole family,” Seacrest butted in.

“Let me tell you this, you are not the first person,” Kardashian West comforted the Keeping Up with the Kardashians executive producer. “Can I tell you why?”
The beauty mogul further went into her explanation, and as it turns out that her mom has quite some absurd and complicated set-up in her bathroom that is for guests.

The 38yr old actress then went onto explain that not only is her mother’s bathroom almost impossible to navigate because it is so dark, but the toilet itself doesn’t even have a flushing lever. Instead of a lever, it has a small button on the left side of the toilet that she said no one knows the location of.

“So my mom made instructions and she framed it, and she put it on the sink, saying, ‘Instructions on How to Flush the Toilet: 1. Put your hand on the left side of the toilet, go down, and feel for a circular button,’” Kardashian West told, saying that the second option was to text a number for help.

READ  The Proud Family' Reboot Is On The Cards And Coming To Disney+ Soon, Details Inside

“By the way, if you clogged it, the whole room is black, unless it smelled no one would ever be able to know,” Kardashian West told Seacrest.

Bollywood Stars Report of Having Coronavirus as Cases in India Spike 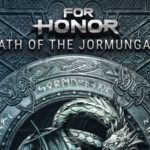 Pathak - September 21, 2019 12:00 pm EDT 0
Ubisoft announced a brand new event today in For Honor as players will ravage their way through the lands during the Wrath Of The...

More than 12,000 pounds of cocaine seized by Coast Guard-

vikas shrivastava - September 23, 2019 6:30 pm EDT 0
Almost the entire world knows, one of the biggest problems that the U.S law enforcement dept. deals with on a daily basis is -...

Update: Google One will automatically backup media from now onwards

Google One membership will now itself save media comprising photos, videos, contacts, and texts from an Android device. So if...