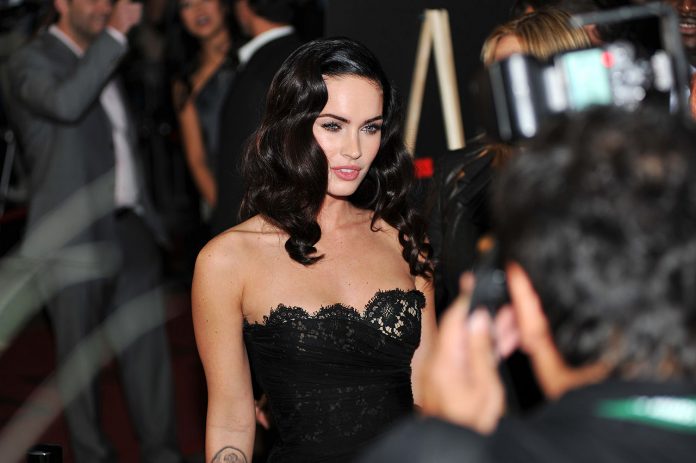 The latest news from the Hollywood entertainment industry is that Megan Fox is now officially dating Machine Gun Kelly. They have made their relationship public according to a source close to them who informed the same to US Weekly exclusively. The person also disclosed that Machine Gun Kelly and Megan Fox have now become closer than ever before, and are now referring to each other as boyfriend and girlfriend.

They have a very strong bond and love each other’s company a lot. The new couple is planning to spend more time with each other in the upcoming days. The news of their relationship became viral two days after they were spotted together on March 15, 2020. MGK, 30, and Megan, 34, were indulging in some serious PDA outside Furley’s Bar in the Sherman Oaks neighborhood of Los Angeles. They were caught by the paparazzi enjoying a night out, kissing, and holding hands. Later, the next day, Colson Baker, the real name of the Bad Song rapper referred to the Transformers actress as his girlfriend.

He also took to his Twitter handle to share his song, Bloody Valentine, in which both he and Megan starred together. He said that it was quite a dramatic moment for him now that he is calling Megan his girlfriend. In the song, the real-life couple did quite a few cozy shots, and almost kissed each other too. the rumors about their relationship had already started doing the rounds when Baker and Fox were snapped getting takeout food back on May 15 in Los Angeles. The photographs became viral also because there was already news about the split between Megan Fox and her husband Brian Austin Green. Later, both of them publicly confirmed the authenticity of the news.

On his podcast show, Green said that he will always love Megan. He believes it is the same for her. Both have been best friends for the past fifteen years. So, it is not like they ended their relationship on a negative note. Green added that he already knows about Kelly and that Megan had mentioned that he is a genuine person. He handled the situation well and explained to the audience. It is not necessary that two people would separate only because someone has cheated on the other.

Separation also happens when each one has found a new dimension to their life that sort of interests them more. It was the same with Megan and Brian. He believes that the family that they had together will always remain as beautiful as it was before. Kelly and Fox had met on the sets of the film Midnight for the first time. They both were starring in the film and started off as good friends. However, sources believe that they must have hooked up then also. On the other hand, Megan’s ex-husband Brian Austin Greene was spotted enjoying a lunch date with Courtney Stodden. They were at a Mexican restaurant, and they both looked quite happy in each other’s company.