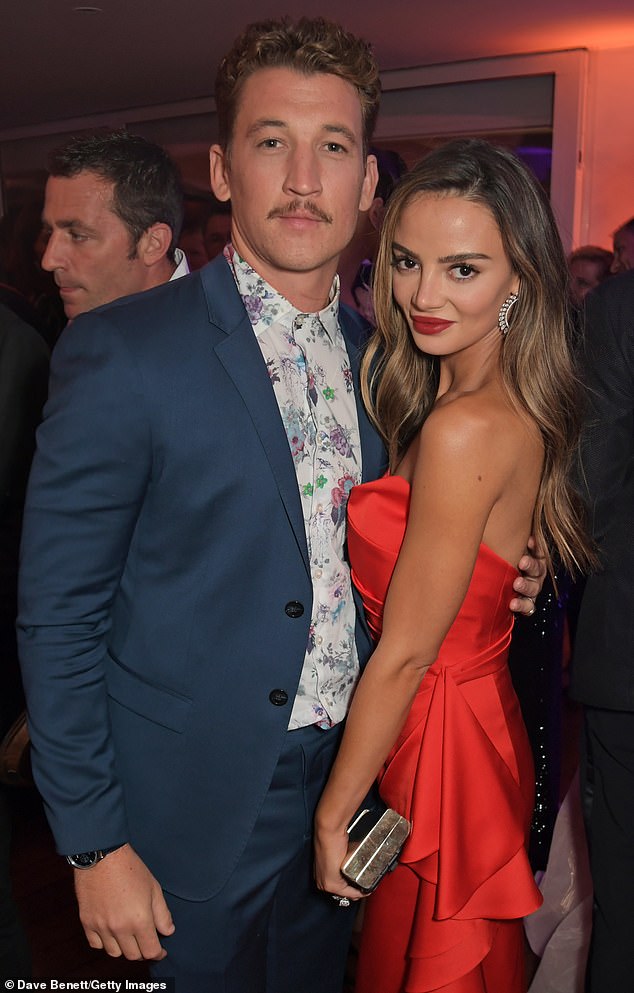 For all the ladies who had their eyes hooked on Miles Teller, we are going to break your hearts so forgive us already!
Miles Teller is officially off the love market.
Over the weekend, the “Whiplash” actor married long-time love and beau Keleigh Sperry in Hawaii, according to E! News. The couple got engaged while on safari in Africa back in 2017, four years after they had started dating.

Both Teller, 32, and Sperry, 26, partied at their respective bachelor and bachelorette bashes ahead of the big day. In May, the model celebrated in Miami with pals, including actress Nina Dobrev.

Teller, who stars in the forthcoming “Top Gun: Maverick,” partied in and well why not, Las Vegas in July.

While they’ve been dating since May 2013, the bride and groom’s way to the aisle officially began in August 2017, when the star finally proposed to Sperry after a morning sunrise safari in Africa, topped off with the love ( Bless our romantic’s heart) “She watches ‘The Bachelorette’ and stuff…she felt like she had won because she had a final rose,” the star told Jimmy Fallon 2 years back in 2017.

“It was a beautiful and intimate proposal,” a source shared with a tabloid called E! News at the time. “They could not have requested for a more beautiful African setting!”

Contemplating how the two have been together throughout Teller’s rise to fame, the actor previously described how they’ve survived their romance with his Hollywood career.
“With her, it’s been pretty easy because–right now her full-time gig is kind of being with me,” he set told a tabloid called E!’s.

“Before her, I would never invite a girl into that world because I didn’t think I could have both, but she’s allowed me to be able to really focus on acting, do what I want to do. She can come to set and visit me and hang out and doesn’t really distract me from it.” The actor gushed about his bride ( awww!)

Sperry too has kept fans updated on their life together via regular posts on Instagram, including snaps of a recent romantic trip to Italy.