At its most basic, epigenetics is how small structures on DNA act as switches that turn genes on or off. For example, methylation, which is the attachment of a carbon atom with three hydrogen atoms, acts as that switch, causing some genes to churn out certain proteins under certain conditions, or to turn off under other conditions.

We took a closer look at this newest approach and through extensive time and research, we bring you the theory behind the new epigenetic insights into the brain.

How did they do it?

Researchers with the Salk Institute combined two separate analytical techniques to analyze how epigenetics affects certain types of brain cells. The technique is called single-nucleus methyl-3C sequencing (sn-m3C-seq). This allowed the scientists to identify gene regulatory machinery in specific cell types but may also lead the way to understanding how some cells malfunction to cause disease. 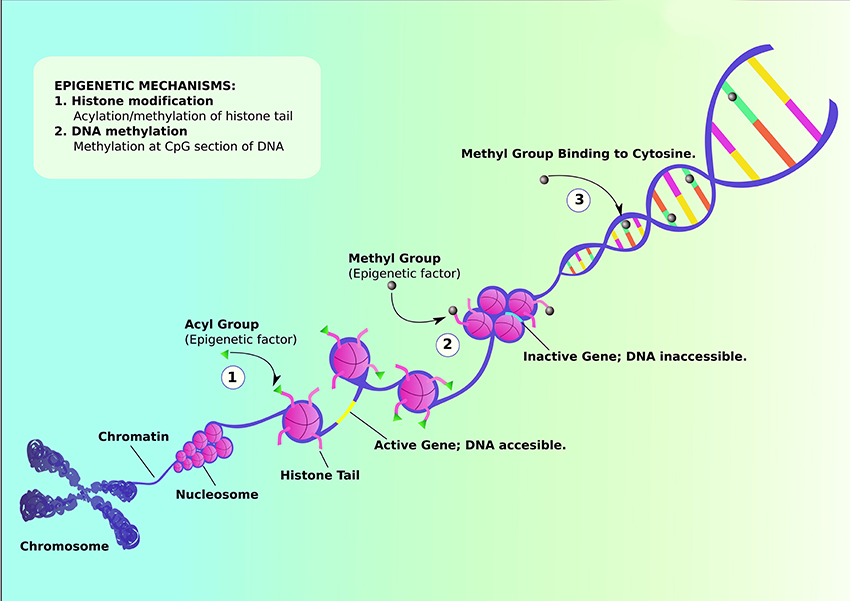 What was it for?

Epigenetic changes to DNA act to control the timing and gene expression levels. The addition of a methyl group often blocks a gene from expressing. The Salk researchers’ approach allowed for the differentiation of cell types based on the structure of the chromosomes and simultaneously determining the methylation patterns to explore exactly the aforementioned point.

Where to go from here?

Ecker and Jesse Dixon, a Helmsley-Salk Fellow and co-corresponding author, used the technique on more than 4,200 human brain prefrontal cortex cells. They plan to use the technique to compare normal brain cells to the brain cells of individuals with specific brain diseases, believing it to allow them to associate disease-causing genetic variants with the genes they regulate.