Diabetes is the most common disease that is spreading fast, far and wide. One out of every 5 people you talk to, is a patient of diabetes. Although not deadly in the initial stages, but it is a definite harbinger of various other serious diseases which can be deadly altogether.

With technological developments spreading wide into the medical field as well, there is a lot to be thankful for. Early and accurate detections, better medications and treatments and thereby longevity among the masses.

The New Method of detection

One such commendable development is the new technology eye scanning which can help detect the chances and thereby the prevention of type 2 diabetes.

The new eye-scanning method uses the biomicroscope, which helps in identifying the autofluorescence in the lens, of the eye.

Additionally, when the results and graphs are compared with the blood sugar level in the blood, they provide a fair and accurate conclusion as to who will be a patient of the type 2 diabetes. It can be said, this is an early marker of prediabetes.

People with high autofluorescence in their lens are at a higher risk of becoming victims of type 2 diabetes. In diabetes, the patient has severe glucose intolerance as the body fails to utilize all of the glucose in blood using insulin. Moreover, the incubation period in diabetes is years. This early detection can save acute suffering, which otherwise, in severe cases can lead to damaging of multiple other organs, proving to be fatal.

This new research has been put forward by Mitra Tavakoli, a doctorate at the University of Exeter Medical School in the United Kingdom. This method is surely going to revolutionalize the detection and thereby the further treatment of diabetic patients. The detection can be made veery early and also the treatment be more accurate. 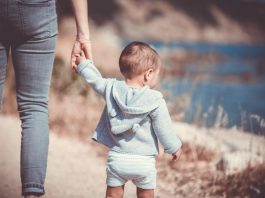 What Millennial Parents Are Doing to Protect Their Children Amid Rising...