One of the new Guilty Gear’s platforms is PS4, Daisuke Ishiwatari and Akira Katano chatted about the stage change mechanic at the Tokyo Game Show 2019 that was held this week. Daisuke Ishiwatari first explained how come he has so many roles on the Guilty Gear series, and then ended his talk by revealing the EVO reveal trailer. Today, we give you look inside as to what took place at the show.

General Director Daisuke Ishiwatari and Director Akira Katano held a stage event for Arc System Work new Guilty Gear game on the second day of Tokyo Game Show 2019 and every gamer around the world was watching. In addition to revealing a brand new trailer for the EVO reveal, Ishiwatari shared a few words to the audience as well. Ishiwatari said nearly all the teaser, except the short sequence at the end with the new character, is actual gameplay and not something they made as a trailer. He also on the character design, with how Sol has even more belts now, and for the first time is wearing a tank-top-like outfit beneath his jacket.

The directors also commented on the new character shown at the end of the teaser. Seeing this is a brand new game, they wanted to immediately show at least one brand new character in its reveal video. They hesitated a lot on whether only show his silhouette to tease, or completely reveal the character too. Just like Ky’s facial animations, they made the new character’s transformation ultra-detailed.

The new Guilty Gear game will be playable at ArcREVO America 2019, held from November 16 to November 17 in Los Angeles. Another trailer will be published at CEO Taku from September 27 to 29. While unofficially confirmed, for now,  one of the platforms revealed for the game is PS4. This was revealed as the game was listed for PS4 on Sega’s TGS schedule.

kratika parwani - October 30, 2019 11:00 am EDT
0
The newest collab between Lizzo and Ariana Grande really is "Good as Hell." The famous singers teamed up and released a "Good as Hell"... 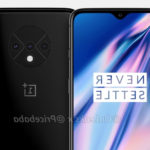 kratika parwani - September 6, 2019 3:00 am EDT
0
From the iPhone X to the Galaxy Note 10, almost every flagship smartphone in the past years has leaked a sneak peek of their...

Kobo adds new UI tools for those who love taking notes and bookmarking as...

vikas shrivastava - September 9, 2019 12:00 pm EDT
0
Kobo has updated their UI and made it more comfortable for those who love taking notes and bookmarking while they read. Last year Kobo...

Ring of Honor’s Mark Haskins discussion to 24 Wrestling Speak – Here’s everything you...

vikas shrivastava - September 30, 2019 9:45 pm EDT
0
24 Wrestling Speak recently spoke to Ring of Honor’s Mark Haskins ahead of one of the biggest matches of his career. The former PROGRESS...

Revealed: Prince Harry and Meghan will sue the Mail on Sunday

vikas shrivastava - October 3, 2019 3:30 pm EDT
0
Meghan, Duchess of Sussex has taken the unusual decision to sue the publisher of the Mail on Sunday after the newspaper published a handwritten...

Lady Gaga flaunts a tummy! Try not to cover and you see this

Prince Garg - December 31, 2019 10:00 pm EST
0
Lady Gaga is one of the most personable figures on the international stage. And yours is strong. The artist is one of those people who...

Pathak - September 24, 2019 10:30 am EDT
0
Breaking everyone's expectations came the Emmy Awards before the Golden Globes this year. One of the biggest and the shiniest nights of the television...

Stacy London Announced Her New Relationship On Instagram: “Presently I Date Her. That is...

mohit sharma - October 21, 2019 6:00 pm EDT
0
Researchers have come up with a new method to find aggressively different tumors that need to be taken care of more rapidly than normal...
© Copyright 2019 - Daily Bayonet