Over the last few decades, United States Drug Testing Laboratories, Inc. (USD), has been quietly making a huge impact on the lives of some of the most vulnerable Neonatal Intensive Care Unit (NICU) patients, newborns exposed to substances of abuse during gestation.

Today USDTL announced that they are the first laboratory in the world to commercially offer new-born fentanyl testing in both meconium and umbilical cord tissue specimens.

Fentanyl, defined by the Centre of Disease Control (cdc.org), is a synthetic opioid that is extremely addictive. Like other opioids, abuse during pregnancy can cause new-borns to go into dangerous withdrawal known as Neonatal Abstinence Syndrome (NAS) and/or have other devastating physical abnormalities.

Fentanyl is a powerful, inexpensive drug that is being cut into illicit substances and its presence is increasing throughout the country.

“Traditionally, fentanyl was mainly accessible via prescribed patches and intravenously, so testing for it was generally reserved for people that had specific access to it. Now, the distribution of fentanyl is booming through illicit drug trade communities in volumes that are difficult to estimate.

Unfortunately, testing for fentanyl as part of a detection or exposure protocol is becoming the new normal. We are grateful to be able to develop and offer these tests to answer the call of so many hospital partners that are trying to get on top of this epidemic,” said Joseph Jones, Chief Operating Officer at USD.

Meconium and umbilical cord tissue are both considered advanced long-term drug testing specimens because both start capturing substances in the newborn’s system up to approximately 20-weeks before birth.

READ  Pixel Watch: A Patent From Google could have a camera in an unexpected place

For comparison, new-born urine drug testing has a typical look back window up to approximately 2-3 days before birth.

This longer window of detection from advanced specimens makes it possible to get a better picture of what is going on with the new-born.

“Adapting our tactics –from a population health standpoint– and being able to test for more prevalently abused drugs in the industry is crucial. The landscape continues to change and as a community, we have to be prepared to keep up with the trends,” said Douglas Lewis, President, and Founder of USD. 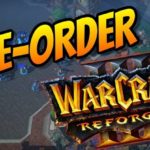 kratika parwani - October 31, 2019 8:00 pm EDT 0
Warcraft 3 is now available for pre-order. The users who ordered Spoils of the War edition will be given priority over who ordered the...

Prince Garg - December 28, 2019 12:00 am EST 0
On the 25th anniversary of Mimi's holiday "All I Want for Christmas Is You," a famous face helped Carrie put together a compilation video...

vikas shrivastava - September 6, 2019 11:45 am EDT 0
Singapore Airlines is launching nonstop flights from Singapore to Seattle with the Airbus A300-950 which is happening to be the primary, fifth, and ninth...

Ruchika Jain - December 23, 2019 10:00 am EST 0
The Witcher star Anya Chalotra revealed what she loved about her Henry Cavill's work in the Netflix series. Today, series(The Witcher) debuted on Netflix...

Revealed: Prince Harry and Meghan will sue the Mail on Sunday

Meghan, Duchess of Sussex has taken the unusual decision to sue the publisher of the Mail on Sunday after the...