The Microsoft OneDrive app for iOS updated today to Version 11.6. This latest app update added new grouping options when sharing files and also fixed a bug that was messing with sharing in the iOS Messages app, corrected a UI glitch, and improved the opening of PDF and Office files on iPads.

OneDrive has a new update for iOS that brings groupings to the shared view. This new feature will make it easier to manage files and documents shared through OneDrive.

The app’s listing in the app store outlines all of the fixes that the update addresses below :

2. iOS 13 users who share OneDrive files via the Messages app may have noticed the app having a rough time. We sent it to OS school and it came back as a lean, mean, messaging machine.

3. Some iPad users were experiencing an unresponsive OneDrive when coming back to the app like black screen, app crashes, the works. This has been fixed and the app will now work as expected.

4. Users doing a very specific set of actions in a shared library would now see the top bar selfishly cover the Shared Library icon. Boundaries also have been restored for these components and this has been fixed.

Also Read: Mercury Is Going Retrograde On Halloween- What? is it True or…

5. We’ve now fixed an issue with our multi-window experience on iPad that prevents some PDFs and Office files from being able to open in a new window. This has been fixed and now, all your PDFs, Word, Excel, and PowerPoint files should open successfully in a new window.

This update is relatively small in terms of new features but smoothens the performance of the OneDrive app on iOS. 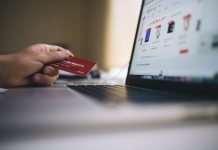 kratika parwani - August 27, 2019 11:00 am EDT 0
You hear Harley Davidson and the first thing that your mind imagines is motor bikes. It is instantaneous and there is no denying it....

vikas shrivastava - August 29, 2019 9:00 pm EDT 0
Keanu Reeves and Carrie Anne-Moss are officially returning for a forthcoming Matrix continuation. As indicated by the choice, Lana Wachowski, one a large portion...

Brad Pitt hints that a Tarantino Once Upon A Time in Hollywood series is...

Ruchika Jain - September 12, 2019 9:45 pm EDT 0
In a recent New York Times interview Brad Pitt confirms the development of a mini-series derived from the latest Quentin Tarantino film Once Upon...

vikas shrivastava - September 7, 2019 6:00 am EDT 0
Linda and Arnold return!It's downtime for Terminator: Dark Fate, the most current out of the mega Schwarzenegger-featuring blockbuster machine that is gradually been squeaking...