The CEO of Overstock, an online home goods retailer, stepped down from his post after serving for 2 decades. He gave his reason for stepping down as ‘He was already too controversial to serve as the CEO at Overstock.’

He believed that his staying as the CEO could affect the company’s reputation and could cause havoc on the sales and profits.

His resignation letter read as “Coming forward publicly about my involvement in other matters was hardly my first choice. I now plan on leaving things to the esteemed Department of Justice (which I have doubtless already angered enough by going public) and disappearing for some time.” He had revealed earlier that he had helped the FBI in carrying out the political espionage.

Allison Abraham, the overstock board’s chairman commented on his resignation that, “We respect and understand Patrick’s reasons for resigning and acknowledge his momentous achievement in taking Overstock from a startup twenty years ago to one of the nation’s leading online retailers and positioning it at the forefront of the blockchain revolution.”

The CEO even revealed that he had romanced an alleged Russian agent, Maria Butina from 2015-2018, a significant time duration.

After all these scandals, Byrne decided to step down from his post as a CEO as he thought it was best for the future of the company.

Byrne has worked hard all these years to take the company to great heights. Now, the question arises, will his stepping down as the CEO affect the company in a bad way?

This question can only be answered with time. For now, the replacement of Byrne will be done by an interim CEO. The position will be filled by the president of the Medici Ventures, Jonathon Johnson. Medici Ventures is a company owned by Overstock.

On Jonathon’s entry as the interim CEO, Byrne praised him. Jonathan stated that “I am confident Overstock’s future both in retail and blockchain is bright.”

Onboarding Software: Tools every HR Team Should Be Equipped With

The 5 minute post you should read before taking out any loan.

So How Exactly Does legitimate ship order birdes-to-be Work? 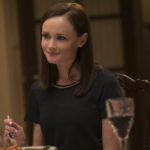 mohit sharma - February 19, 2020 6:30 pm EST
0
Gilmore Girls’ original run ended in 2007 and at that time back from the nation willing to see Amy Sherman- Palladino and Denial Palladino’s...

vikas shrivastava - October 1, 2019 4:30 pm EDT
0
Virtual reality (VR) means that experiencing things through our computers that do not extremely exist. From that straightforward definition, the concept does not sound...

Hennessey Upgrades For Shelby Mustang GT500 With Up To 1,200 HP Unvieled

Prince Garg - January 11, 2020 6:00 am EST
0
The Weeknd and his XO mark have collaborated with the notorious Japanese road style brand BAPE for another case assortment. The assortment is set land...

Prince Garg - January 2, 2020 3:00 am EST
0
Nasser Hussain, the former England captain says "he's pleased" to see footage of two of the team's stars engaging in a heated exchange during...

Prince Garg - January 11, 2020 3:00 pm EST
0
BYU star striker Yoeli Childs will be set aside for the big clash of the West Coast Conference on Thursday in Saint Mary's due... 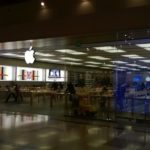 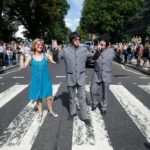 vikas shrivastava - August 16, 2019 11:58 am EDT
0
Beatles were an English rock band that came into existence and had their activities in the 1960s. The band consisted of four members, namely,...

NETFLIX: Will Smith Talks Starring Opposite Himself in ‘Gemini Man’ on ‘Late Show’

mohit sharma - October 12, 2019 1:00 am EDT
0
Ahead of the Gemini Man unleash date, Will Smith stopped by The Late Show with Stephen Colbert on Tuesday to chat with host Stephen...
© Copyright 2019 - Daily Bayonet