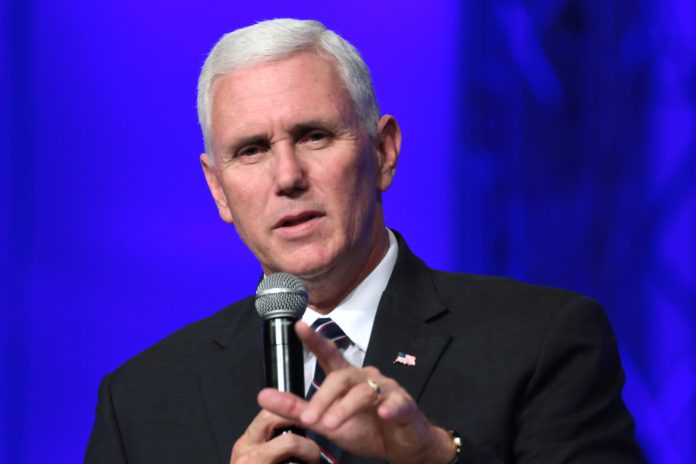 We have all been locked away inside our homes for months now. Moreover, our favorite restaurants and public places are closed. Don’t you wish you could just go to a restaurant and grab a burger? That’s exactly what the Vice President of the United States, Mike Pence did. On May 20, Mike Pence went to a restaurant and ordered a cheeseburger. It is something which people have been yearning to do. He was dining at the restaurant without a mask or protective equipment. Mike Pence wanted to send out a message that things are getting back to normal. Restaurants are opening up and it’s safe to go and eat in the restaurants is what he wanted to show. He was also seen flouting social distancing guidelines during this occurrence. Pence grabs a burger soon became the local talk of the town.

Pence grab a burger for lunch

Beth Steele is the owner of the Burger joint called Beth’s Burger Bar in Florida. This is where Mike Pence dropped by for lunch with Ron DeSantis. Ron DeSantis is the governor of Florida and he too is from the GOP. The whole thing was just a photo-op. Ron DeSantis wanted to show that he had allowed restaurants to open in his state. He has given the order that all restaurants may reopen 50%, with limited service in-person. Pence ordered a cheeseburger and asked Beth to load it up with toppings. Beth Steele, Ron DeSantis, and Vice President Mike Pence were all seen without masks in public. Nobody nearby was wearing any masks.

Vice President Pence even stepped into the kitchen to have a word with the employees. None of the employees was wearing masks either, and the Vice President asked them if they were busy with work. He paid with cash and asked Beth to keep the change as a tip.

DeSantis too ordered a burger and then they went to the soda fountain to get some soda. Moreover, they made their way to the table greeting other diners along the way. Although Mike Pence didn’t shake hands with anybody, he was flouting social distancing norms. Therefore, people should maintain a distance of 6 feet from each other as per social distancing norms.

Devin O’Malley who is Pence’s spokesman said that temperature checks were done on everyone in the restaurant. He also said that they had asked everyone if they had any symptoms of COVID-19. However, none of them was tested for COVID-19.

Beth told the Vice President that she is excited that her restaurant is now open. The only takeout was allowed earlier. She also told him that she was abiding by the government’s directives for a phased opening. She was operating the restaurant at 50% of the total seating capacity.

We get that Vice President Mike Pence and Governor Ron DeSantis were trying to send out a message. Therefore, it is good to show people that restaurants are now open and that its safe to visit them. However, their blatant disregard for public safety directives like wearing masks and social distancing sends out a wrong message.