The International Journal of Pharmaceutics recently published that a team of researchers from the Institute of Pharmacy at Martin Luther University Halle-Wittenberg (MLU) has patented a new treatment for periodontal disease. The periodontal disease is an oral disease that causes Periodontitis which is a term used for the inflammation of gums. Joining hands with two Fraunhofer Institutes of Germany, the research team has successfully re-combined approved active ingredients to save patients suffering from Periodontal ailment from side effects.

According to the latest statistics, more than 10 million people in Germany suffer from the disease which is more than 50% of the German population. Periodontal Disease is known to be caused by bacteria which leads to large wounds in the gums that not only lead to high-inflammation but also raptures the barrier system of the body. The open wounds expose the body to more bacterias and harmful microorganisms and substances allowing them to harm the body. Due to the inflammation and the open wound, the entire body is affected and it is noted quite a few times that patients with Periodontal Ailments develop other ailments like cardiac arrests or heart attacks, pneumonia, etc.

Currently, the treatment that is followed for Periodontal ailment includes cleaning the wounds mechanically combined with oral intake of antibiotics but the body being resistant to antibiotics strains the body causing a lot of side effects to the antibiotic pills like pain in the abdomen, nausea and even diarrhea in some cases. Other side effects include skin redness and itching.

As the antibiotics are required to act only in the mouth the research team of Professor Karsten Mäder, Pharmacy- Head of the Institute, MLU has developed used pharma-grade polymers to develop biodegradable rods for the antibiotic. The flexible rods can easily be put inside the gingival pocket where the antibiotic will slowly get released and act with more stability. 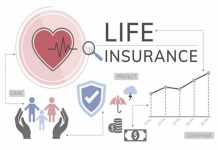