Philips has been happy for a long time now to refresh its already existing range of smart bulbs yet it is getting even fancier day by day.

There are more bulb styles added to the range and it has finally added Bluetooth as a feature to the range. At IFA, Philips released a new range of smart lighting products which includes new types of bulbs, buttons, and its first smart plug.

First, in the list, Philips has refreshed its already existing portable Hue Go light which is priced at $80. Although it does not look too different from the original one yet it supports Bluetooth and that is new.

It also holds better battery performance. GU10 sockets, priced at $55 and an E12 candle bulb, priced at $33 for two are a new spotlight bulb that has been added to the range. If you either do not want or have a Hue Bridge, then there is a primary change which includes Bluetooth.

Right now, those funky filaments or “Edison” bulbs have been released. Even the new filament collection also comes with Bluetooth and Bridge support and it has been priced at $25 – $33 each.

It also comes in several styles. With all these, Philips has also launched its first smart plug which is priced at $40. It allows you to get non-smart lamps in the Hue ecosystem. In all of Hue’s products, the plug operates with Bridge or Bluetooth.

They have also launched a new smart button priced at $20 as well. You can use it to perform actions with a single touch on the screen which is based on the time of the day.

All new devices by Philips will be launched within the upcoming two months. 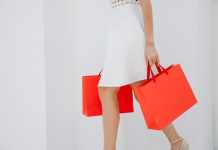 How to Grow Your Influencer Brand