Recently a report published particularly by Kotaku’s news editor and Jason Schreier has unveiled some information about the dark and exploitative working situations for developers and staff at the indie development studio Nicalis Inc.

The report showcases at the history of the company and we’ll… its many previous rumors o them f absurd behavior from the company founder Tyrone Rodriguez. It comprised evidence and testimonials given by four anonymous ex-employees, all of whom either left in pure frustration out the exploitation or were “let go” by the company.

The ex-employees talked about how Rodriguez would often use racial slurs, inappropriate jokes, and anti-Semitic comments in and around the workplace something g that us unexpected and certainly not appropriate for a company owner.

The company is quite well known for helping develop some of the biggest games in the Indie Gaming arena, including Edmund McMillen’s The Binding of Isaac: Rebirth, Terry Cavanagh’s VVVVVV and Studio Pixel’s Cave Story.

Many of the top favs for every gamer, but the developer and owner Rodriguez has a long past of ghosting calls and messages from publishers about work opportunities and info regarding games and deadline. Game designer David Crooks of entering the Gungeon fame and Developer Digital explAined in the report of having particular frustration with their “professionalism” ( Well, the irony!)

Some Skype logs also appeared up in the report, where Rodriguez described his employees of other stakeholders “kind of retards” and even described Nintendo as “gay.”

Other testimonials pointed out his shaming of employees for their weight, making highly inappropriate racial slurs while the staff was watching Star Trek, and excessively burdening just the team to take disgusting drink concoctions for his amusement.

READ  How to convert Google Slides to a PowerPoint presentation in 4 easy steps?

He also made no efforts in particular for staff fundamental human rights such as refusing to let them take a dinner break during periods of crunch development. The developer, of course, does not have an HR department and thus was allowed to get away with all the nuisance he was creating for the employees.

Nicalis and Victor Rodriguez have yet to make a statement on the accusations made against them. The report also confirms that Edmund McMillen, who was due to collaborate with Nicalis on two future games, has removed all ties with the company.

vikas shrivastava - September 1, 2019 12:30 am EDT 0
Funny response by Macaulay Culkin after Disney reports they are rebooting Home Alone.Macaulay Culkin simply presented his epic response on updates on a "Home... 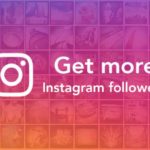 3 Secret Ways To Get More Real Followers On Instagram

kratika parwani - August 30, 2019 10:00 am EDT 0
When it comes to Instagram growth nowadays, it is definitely not as easy as it was as compared to when the application had initially... 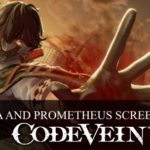 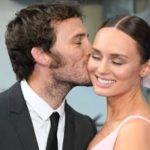 80s Teen Star Tiffany on alleged Rivalry with Debbie Gibson: ‘We Really Didn’t Know Each Other

Even though singers Tiffany and Debbie Gibson both found profound entitlement at a very young age in the music industry,...