Fallout fans have been eagerly anticipating The Outer Worlds, a space-cowboy RPG from Obsidian Entertainment, makers of Fallout: New Vegas.

New Vegas is pretty widely regarded as the best in the series for the way it handles dialogue options and character choice by giving players a branching narrative with faction relationships to maintain (or destroy) and a world that evolved around the choices you make.

The Outer Worlds picks up where New Vegas left off, this time in a futuristic space-faring society run by greedy corporations.

The Outer Worlds eliminates all of the bloat associated with modern Fallout games by streamlining crafting, leveling, inventory management, and exploration.

Instead, it focuses on a well-crafted and succinct narrative that provides ample opportunity for player choice, character growth, and theme exploration.

It’s Fallout in everything but name, yet it doesn’t necessarily manage to capture the charm and sincerity of its predecessor.

The Outer Worlds is the best Fallout game since New Vegas, without a doubt, despite being a mere fraction of its length and size.

While the game is sure to satisfy players that want those complex dialogue trees and morally opaque choices to make, The Outer Worlds feels content with letting the genre stagnate in predictable systems rather than evolve the genre with any kind of truly emergent storytelling.

As one might expect, a society ran by corporations isn’t particularly keen on things like human rights or labor laws.

There’s no such thing as vacation time, they can only eat the plague-causing food product “Saltuna” manufactured on-site, and they’re paid a pittance.

Yet, many workers express loyalty and admiration for their oppressors.

Others, disillusioned with being gears in the machine, forsake the HHC for an even harder life out in the wilds where they must contend with barren soil, dangerous creatures, and marauders.

The Blackstars Mini-Series Diving Into The History Of The Character: Who are they?

Akshay Gupta - January 31, 2020 11:00 am EST
0
As the Blackstars miniseries came to a close with the Blackstars replacing the Green Lantern Corps to become the dominant police force, we took...

What’s New is going to happen in “Vikings” season 6?

vikas shrivastava - November 13, 2019 1:00 pm EST
0
Will the Vikings have another season? The short answer is, Yes. The Vikings season six history will confirm the news in early 2018. An episode...

Once homeless, Tyler Perry Now owns one of the largest movie studios in the...

Prince Garg - October 9, 2019 11:30 am EDT
0
Tyler Perry has officially christened his huge new film studio Saturday, lighting as his co-stars from the entertainment industry came down on Atlanta and... 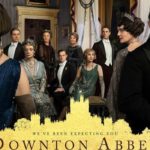 Where to get The Best Free Online Dating Sites 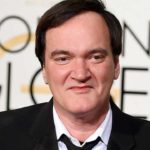 kratika parwani - November 15, 2019 4:00 pm EST
0
Apple has removed the Like Patrol app from its App Store, following Instagram's delivery of a cease-and-desist letter to the app's developers for violating...

Prince Garg - August 19, 2019 12:20 pm EDT
0
The NYPD Deputy Commissioner Opposes Reform to eliminate cash bail that is to come into effect on January 2020. The deputy commissioner of intelligence...