Virtual Private Networks (VPN) promise to offer users privacy and security to their browsing activities which often overrides the thought that there may be risks associated with VPN. The use of VPNs requires careful use in order to avoid most of the threats associated with it, from selecting which VPN service to use to the level of activities you opt undertake.

Most users gain a sense of security whenever they use VPN, with most using the free options available online, while others have discovered the safest options to use for doing things such as watching movies. While this may be harmless, there are several risks associated with using VPN that may outweigh the benefits if a user is not careful. The following are some of the top risks to look out for while using VPNs:

The point of using VPN for most is to bypass censorships and blocks and in a case where data leakage occur, your traffic and IP address are exposed. The leaks are in most cases due to poor configuration by the VPN service provider but they can also be caused by browser failures. When such data leaks happen, private data such as email, home addresses, passwords and IP addresses may be exposed to anyone interested. With such data out in the open, users are at risk of phishing scams, fraud, blackmail and more cyber security risks compared to those who are not using VPN.

Majority of the population barely reads through the privacy policies provided or terms of agreement for any services which some VPN providers may take advantage of. This means that a VPN service may promise to offer privacy and security while marketing but the finer details in the Privacy Policy is different. If you are looking for a no-logs VPN, it is best to read through the privacy policies otherwise there might be wording used to mean that your user information will be collected and shared with third parties. This risk is especially high for free VPN compared to the paid options.

The truth about most VPNs is that they do actually keep records of user data such as sites visited, bandwidth and time used while on VPN. Like data leakage, you need to know what type of records the VPN keeps because that ends up as the information putting you at risk of attacks from malicious users as information is traded to third parties.

READ  Find Out 3 Different Ways How To Activate Chime Card

You may have searched for the best free VPN for Windows 10 recommended by Reddit or tried to find free VPN providers from Reddit users only to find that they do not recommend that option. One of the reasons for this is that free VPNs do not provide any extra security features leaving users with basic security features such as the no-logs policy. Such service providers only give you the least available security which means that when things go wrong and your data is exposed, they did not put as much effort in protecting you and there comes the price of free things.

Your VPN service provider should be in a position to protect you from any vulnerabilities that increase the risk for malware and data harvesting attacks. This risk is always there regardless of which VPN you are using as is illustrated by the case of SuperVPN which according to reports suffered a security breach that exposed users to unauthorized users. In this case, the app, available on Google Play Store had to be removed to limit the number of users at risk from the hack following an alert from the service providers.

Most people look for recommendations for the best VPN providers online which puts one at risk of click-baits if the search is not done carefully and on trusted websites. With multiple VPNs developed for Android, Windows and Apple devices, one can easily be convinced to install one of the freely available options. Some of the links may be genuine but some may be fake which puts your personal data at risk of landing in the wrong hands.

The risks associated with using VPN are all dependent of the service provider you choose and how careful you are while making the decision. Free VPN, while easily available may have loopholes that put you at high risk for data harvesting and malwares while purchased VPN need you to read the policies down to the fine lines. To avoid the risks, ensure that you chose a trustworthy service provider who will ensure your data and traffic remain private and are a priority. 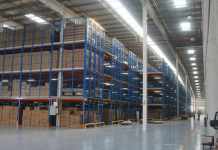 Some Ideas for Increasing Warehouse Efficiency

Find Out 3 Different Ways How To Activate Chime Card