Selena Gomez is the fifth most-followed star on Instagram with a raking follower count of over 165 million. But, the social media force has decided to leave Instagram and this huge fan base after her new album drop.

It is not new for Gomez to take periodical breaks from social media. Her mental health has always remained at the top of her priority list over her social media life. The reason why this will not be her first time taking a break from Instagram. The American singer, actress, songwriter, and producer is all set to launch her latest album ‘Rare’ on the 10th of January 2020.

In a recent interview, she shared that she was back again on Instagram only to do her promotional activity for her latest album, and has told one of her friends that she will be taking it out of her phone soon. She is known to have an extremely close gang of friends who do not belong to the entertainment industry and help her enjoy a life offstage.

She further added that her friends are very much aware of her addictive personality and Instagram can be seriously unhealthy. Selena Gomez, 27 in an interview with Vogue, back in 2017 has confessed that being the most followed person on Instagram had started consuming her and made her an addict. She went to sleep with it and woke up to it. After consuming all kinds of information that she did not need and did not care about, the social media platform only made her feel bad at the end of the day. She freaked out and took her first social media break.

In September 2018, Selena announced her second break to her fans. She thanked her fans for the voice they have given her but also is grateful to her life away from the phone. Requesting, no negative comments, she left her Instagram family for almost 4 months. The reason why the news of Selena taking another social media break might not be a piece of good news for her fans.

kratika parwani - August 27, 2019 11:00 am EDT
0
You hear Harley Davidson and the first thing that your mind imagines is motor bikes. It is instantaneous and there is no denying it....

Halle Bailey Responds To Backlash Over Her Casting In Disney’s Little Mermaid, Details Inside

vikas shrivastava - August 31, 2019 5:00 pm EDT
0
'The Little Mermaid', Hans Christian Andersen's fantasy of a mermaid who needs to end up human after she experiences passionate feelings for a sovereign,...

vikas shrivastava - August 20, 2019 10:53 am EDT
0
Taco Bell Yum is all set to have its next CEO in the coming year. Taco bell’s parent company Yum brands said on Monday that...

Probiotics Market to Undertake Strapping Growth by the End 2028

vikas shrivastava - August 31, 2019 10:00 pm EDT
0
The Probiotic market will arrive at considerable degrees of development by 2024 and proceed with further until 2028 as indicated by a report by...

vikas shrivastava - August 30, 2019 11:00 pm EDT
0
About the Issue: Apple has issued a formal statement of regret for its security practices of subtly having human temporary workers tune in to chronicles...

Beautiful Kendall Jenner Has Mastered These 5 Cali-Cool Hairstyles: Here every Detail of it 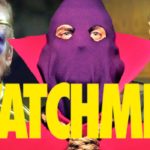 KEVIN SMITH EXPLAINED WHY WATCHMEN WAS THE BEST THING

Prince Garg - December 30, 2019 8:00 pm EST
0
Kevin is not a particularly difficult man to please. By demonstrating an appreciative positivity that few people could do with online flattery, the writer/director...
© Copyright 2019 - Daily Bayonet