Yasin claims that she wrote a four-note vocal verse on the Victory Lap song and actually performed several key components of the track. In the court documents filed on September 5, Yasin tells that she paired up with Hussle on the track back in 2016, and claims that he never received her permission to release it on Victory Lap. She claimed that she deserves a cut as co-author under US copyright law.

“In November of 2016, I decided to collaborate with the late Ermias Joseph Asghedom on a musical track name “Hussle & Motivate.” I wrote and performed the key four-note vocal phrase featured in the song’s entire runtime, as well as a countermelody in my higher register featured importantly during the song’s chorus…

Asghedom had the obligation to credit and account to me for my rightful share of any monies earned by Asghedom in connection with ‘Hussle & Motivate.'”

Yasin has not yet decided what amount she is seeking for her work on “Hussle.” She’s asking Nipsey’s estate to do a fair accounting of the money earned on the song and give her the rightful share. Victory Lap ended up being Nipsey’s final album after the rapper was shot dead in front of his clothing store in Los Angeles.

Nipsey’s estate has not yet replied to the complaint officially. It remains to be seen if they will agree to her demands. The authenticity of her claims is yet to be verified. Guess, we will find if it’s a neat settlement or a long court drama! 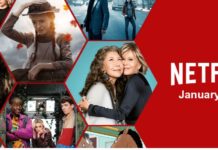 Blackbear flirts with the supernatural on “Me N Ur Ghost”

Ending Shows of Netflix in 2020 Revealed, Check the Details Here

Everything You Need To Know About Flora Queen

Miller Willson - September 4, 2019 2:45 am EDT
0
Floraqueen is a company that sells and delivers beautiful flowers to your doorstep, everyone loves flowers. They have a variety of flowers you want,... 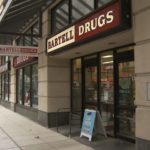 vikas shrivastava - September 25, 2019 8:30 pm EDT
0
Bartell Drugs is closing in downtown Seattle over crime concerns. In a statement, the corporate aforementioned the value of broken and purloined things, armed... 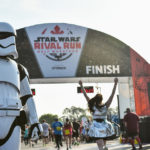 vikas shrivastava - September 2, 2019 10:45 pm EDT
0
We are progressing towards the fifth commemoration of the RunDisney Star Wars Rival Run Weekend. It is going to finish five entire years in... 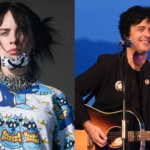