Entomophagy describes the practice of eating insects by humans like ants, cockroaches, crickets and many other insects as well. Around 3,000 ethnic groups practice entomophagy. More than Two billion people around the world regularly eat insects.

Are eating cockroaches healthy for the body

When we talk about cockroaches, it’s likely that you immediately lose your appetite. But if you can get over your understandable revulsion and scarf a few of their young’ uns down, you will do your body a huge favor.

A 100-gram serving of cockroaches has 24 micrograms of vitamin B12, almost ten times the RDA. B12 keeps the body’s nerve system and blood cells healthy and also helps make DNA, the genetic material in all the cells.

See also: 8 creative group costumes that you should wear on Halloween 2019

If you don’t get enough of this stuff, illnesses such as anemia, heart disease, and nerve-system damage are clear and present dangers. The vitamin is importantly essential for healthy skin, hair, and nails, as it aids in cell reproduction and constant renewal of the skin.

Are eating crickets healthy for the body

One of the recent health trials shows that consuming crickets can help support the growth of beneficial gut bacteria and that eating crickets is not only safe at high doses but may also reduce the inflammation in the body.

A research team the gut behavior of Twenty healthy test subjects who had crickets supplemented into their diets. For the starting 2 weeks, half of the healthy male and female participants ate a restricted breakfast consisting of a high standard muffin and shake, while the other half consumed muffins and also the shakes with an added 25 grams of powdered cricket meal.

For the next fortnight, all test subjects ate regular breakfasts, but for In the final 2 weeks, the participants switched diets.

Blood and stool samples were collected throughout the experiment, as well as answers to gastrointestinal questionnaires. Neither the subjects or the scientists testing them knew which group had breakfast during the study. The results showed that when consuming cricket powder,

test subjects experienced an increase in a metabolic enzyme associated with gut health and had increased levels of beneficial gut bacteria such as Bifidobacterium animals.

Also Read: How Soothing color, uplifting fragrances, and plastic-free products can be the rise of wellness…

Participants eating the insects also had lower levels of an inflammatory blood protein known as TNF-alpha, which has been linked to non-gastrointestinal health problems. There were no side effects of the cricket diet, and also consuming crickets has been found as safe in high doses.

Are eating ants healthy for the body

Consuming ants and also some insects can be soon recommended to protect against cancer, following a groundbreaking recent study. A series of experiments by the Italian scientists show that the ubiquitous invertebrate – in common with others such as grasshoppers and crickets – contains high concentrations of antioxidants.

The compounds are important for reducing chemical reactions in the body that produce free radicals, which are believed to raise the risk of cancer.

They have also been linked to higher chances of cardiovascular diseases and diabetes.

Antioxidants are present in a range of foods, including fruit and vegetables.

However, many of these consumed in the UK has a poor carbon footprint. 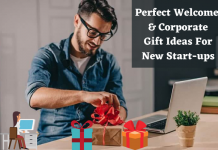 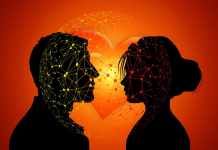 How to Avoid Being Catfished on Dating Websites