Twentieth Century Fox has finally unveiled the second trailer for Spies in Disguise on Monday.

The animated film is all about complete opposites, super-spy Lance Sterling (Will Smith) and scientist Walter Beckett (Tom Holland), as they join hands to rescue the world.

The trailer begins with Lance calling himself as “the world’s greatest spy,” which he says is owing to the fact that everyone recognizes his name. A bunch of clips shows Lance fully committed to his spy work as his peers praise him.

The audience later comes across Walter, who gets stuck between elevator doors as he tries to run after down Lance. “I’ve been developing this thing at home. It will change the facets of spying forever,” Walter tells Lance. “It’s known biodynamic concealment.” The scientist soon claims that the project will help Lance become invisible.

Lance promised to be subject or rather a lab eat if we are being honest in Walter’s experiment and Walter claims that the experiment succeeds after Lance turns into a pigeon.

While Walter is satisfied and delighted with the outcome of the experiment, Lance is not pleased. He makes an explicit joke to let his dissatisfaction know to Walter.

Since the ancient times, pigeons are the reveled heroes of the underworld and spy circles and hence this is literally perfect. The comedy also marks the first time the actors are working together, and looks be a fun, entertaining family movie for the vacations.

We just hope we don’t have to go through the same emotions as Holland’s previous act in a mentor-mentee sort of role. The Spiderman and Iron Man relationship had everyone in tears with its a tragic ending. We want something lighter, come on. Tony Stark is still dead!

kratika parwani - October 16, 2019 2:30 pm EDT
0
Unless you've been able to rinse the memory from your brain with industrial-strength bleach, I'm assuming we're all still haunted by that fateful first...

vikas shrivastava - September 11, 2019 4:30 pm EDT
0
The Washington Department of Fish and Wildlife confirmed a white-nose disease that is prominent among bats and is fatal, like Cle Elum. It is...

Netflix’s Agent King And Its Connection With Elvis Presley

Bariatric Surgery Can Help to Reduce risk for Skin Cancer: Details inside

mohit sharma - November 2, 2019 6:00 pm EDT
0
A new study has revealed a decreased risk of skin cancer including bariatric surgery and melanoma. The findings of the study were originally published... 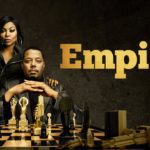 mohit sharma - October 17, 2019 10:00 am EDT
0
Tuesday’s episode of the departing Fox drama concluded with a fast, forward sequence that appeared to show Cookie getting blown to smithereens via car...

vikas shrivastava - September 20, 2019 6:30 pm EDT
0
Carmine Marceno has always been seen as a perfect Republican and an ideal option for the next elected sheriff. He has always been a...

vikas shrivastava - September 22, 2019 12:00 pm EDT
0
Camila Cabello and Shawn Mendes have been the talk of the town for quite a while now. Their affection for each other doesn’t seem...

Uber CEO Khosrowshahi Labels Uber As SoftBank’s No.1 Bet All Around The Globe

vikas shrivastava - August 20, 2019 6:20 pm EDT
0
Khosrowshahi, appearing on CNBC’s “Squawk on the street” that Uber and Softbank CEO Masayoshi son are on the same page as the Softbank’s vision...