Recently at the American Academy of Pediatrics 2019 National Conference and Exhibition held in New Orleans, research on the trampoline fractures was presented.

Trampoline is like an elastic bed, that has become extremely common at both homes and recreational centers.

A very popular element for kids today, trampolines have started being increasingly used at various birthday parties, gyms, schools, recreational centers and in the backyard of some homes as well.

Though it adds a lot of fun to any occasion or event, there is an alarming rate of increase in trampoline fractures being recorded amongst kids according to the study. The research presented in the pediatric conference is named.

‘The Rates of Pediatric Trampoline Fracture is Jumping’ and indeed they are for the average rate of increase in trampoline fracture amongst the kids of the US is calculated to be 3.85% from 2008 to 2017.

The research shed light on the findings which showed that every year at least 32% of trampoline fractures amongst kids took place outside the house.

According to reports most of the trampoline fractures were reported to have been taken place at recreational centers and gyms away from the surveillance of parents.

The study author Nancy Hedley Miller confirmed that though trampoline injuries are nothing new and are reported from homes as well but such reports from other sources have been 32% more which has caused the raising of eyebrows.

The statistics presented in the study as a result of research whose data was taken from the National Electronic Injury Surveillance.

Also Read: Cooked Veggies instead of Raw Are Better For Your Gut Health: Finds Study

It is clearly indicative of the fact that more awareness in this regard is needed. Parents should know about the increasing numbers of trampoline fractures amongst kids so that they become aware and alert about their kids too around the trampoline.

As a prevention, the author suggests that the future campaigns about the Trampoline should include awareness messages about the trampoline injuries so that the parents are more careful about their kids around trampolines both inside and outside of the house.

EXCLUSIVE: “The Division 2” is Now Free to Play Till October

vikas shrivastava - October 20, 2019 4:00 pm EDT
0
Tom Clancy’s The Division 2 has received a free weekend till October 20th, Ubisoft announced. The looter shooter can pre-loaded on Uplay or the...

The Good Place makes its exciting last pitch, for every one of mankind’s marbles

vikas shrivastava - October 1, 2019 7:15 pm EDT
0
A pending sale of Hawkeye Downs will mean business as usual at the racetrack and exhibition hall but without the debt, facility officials promised... 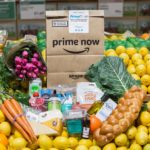 Netflix: Its Been A Year When Netflix canceled Their Hit Marvel Series “The Punisher”

The Amazing New ‘Master Chief’ Figure Is Now Up For Pre-Order From The Original...

vikas shrivastava - September 7, 2019 12:45 am EDT
0
The Amazing New 'Master Chief' Figure Is Now Up For Pre-Order From The Original 'Halo' A prototype toy of Master Chief from the original ‘Halo’...
© Copyright 2019 - Daily Bayonet