This week plays host to the Japan Game Awards, an awards ceremony that celebrates the Japanese gaming industry’s biggest and brightest stars and international hits, too.

The full lineup of this year’s Game of the Year awards has now been revealed, as well as the ceremony’s prestigious Minister of Economy, Trade, and Industry Award.

We’ve got the full list for you below, but we can’t highlight just how strong Super Smash Bros. Ultimate managed to perform. The game took home a whopping five awards in total. We’re here today to give you a look at the winners of the game.

Beat out all other challengers

All-Star fighting crossover title Super Smash Bros. Ultimate has claimed the top honor at the Japan Game Awards 2019. Presented at the Tokyo Game Show, the game developed by Nintendo received the Grand Award, while fighting off competition from 10 other titles.

The awards actually take place over a number of days, with ‘Future’, ‘Amateur’, and ‘U18’ awards still to be dished out.

Smash Bros. series director Masahiro Sakurai gave a small mention to the late Nintendo president Satoru Iwata during a speech at the event. Take a look at yourself on Twitter. Furthermore, the game has gone on to sell 14.7 million copies for the Nintendo Switch, since its launch in December 2018.

Kelly Fraser Dead At 26; But Cause Of Death still unrevealed

vikas shrivastava - September 6, 2019 10:30 pm EDT
0
In the next week, Microsoft will release the latest Gears of War game. The coming of Gears 5 is not really shocking news in...

Ruchika Jain - December 27, 2019 1:00 pm EST
0
Mel Gibson's' Passion of the Christ '(2004) attributed Jesus' death to opposition from the Christian community, as well as the geopolitical framework for the'...

mohit sharma - January 31, 2020 5:00 pm EST
0
Building vehicles out of Lego blocks is a revered custom that has been passed down from age to age and the action has become...

Here’s The Best 7 Fall Trends for the Office

vikas shrivastava - October 5, 2019 2:00 am EDT
0
Cooler September temperatures have given rise to a number of fall 2019 fashion trends among the street style set, who are forgoing their traditional...

prakhar - February 24, 2020 6:30 am EST
0
Gold Rush is a famous reality television series which is airing on Discovery Channel. It is formerly known as ‘Gold Rush Alaska’.Now its tenth... 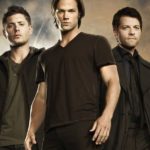 hand-held device to predict your risk of heart failure through saliva.

vikas shrivastava - September 3, 2019 4:00 am EDT
0
A real existence sparing innovation is headed to our scope. A hand-held gadget is to be brought to the market. The gadget would work...
© Copyright 2019 - Daily Bayonet